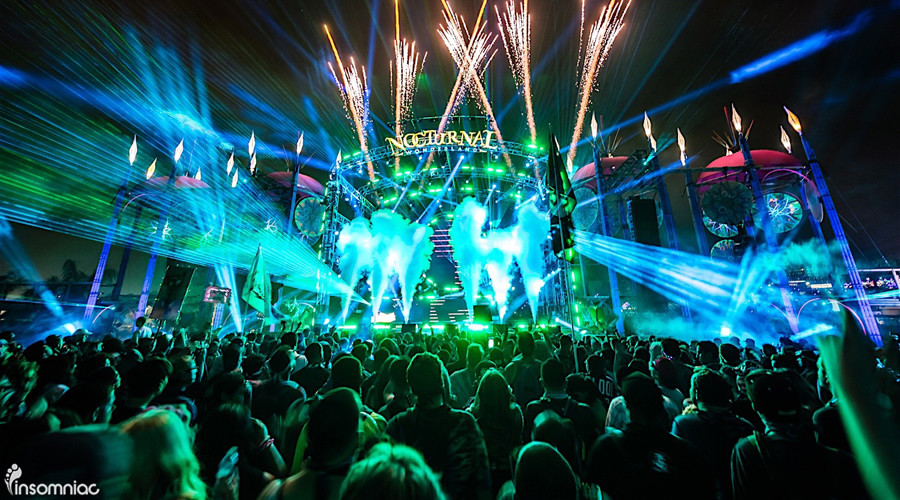 © nocturnalwland / Instagram
4
Sex, drugs and electronic dance music created the perfect atmosphere for lots of arrests at the Nocturnal Wonderland festival in San Bernardino, California over the long weekend. Nearly 430 people were arrested and five were hospitalized during the event.
The festival itself started on Friday, which is when the trouble began. Over the three days, 428 people were arrested. Attendees were subject to security screenings, including a search and an ID check. On the first day, when 18,589 people attended the festival, “111 people were arrested for various violations as they attempted to entered the festival area,”including six people “for being under the age of 18,” the San Bernardino County Sheriff’s Department (SBCSD) said.
Most of the people who got in trouble appeared to bring it with them, according to the San Bernardino Sun.
During the search of a detained man’s socks and shoes, a sheriff’s deputy told him, “I can give you a one-way ticket out of here. Or you can be quiet and get with the program.”
The man calmed down and got with the program, and was eventually allowed to enter.
During one arrest, a sheriff’s deputy was injured and transported to a nearby hospital for minor injuries and released. Two more people were taken to the hospital for various medical reasons, one of whom was quickly released.
One woman was arrested for driving under the influence after she crashed into a police motorcycle.
On Saturday, 141 people were arrested for various violations as they attempted to enter the festival area. Some of the arrests included: possession of drugs, drug sales, under the influence of drugs and or alcohol, assault and battery, and resisting arrest. A total of 25,762 people attended the festival’s second day, police said.
One person was arrested for indecent exposure.
Some deputies were called away from Nocturnal Wonderland to help with a wildfire just north of the amphitheater Saturday night. The 20-acre Ken Fire was first reported at 9:48pm local time and was quickly contained by the 185 firefighters battling the blaze, officials with the San Bernardino National Forest said.
The area is still recovering from the 36,274-acre Blue Cut Fire, which began on August 16 and took until August 23 to fully contain. During that time, it destroyed 105 homes and 216 minor structures, and damaged another three buildings.
On the final day, 22,844 people entered the festival, and 176 attendees were arrested, mostly for drug- and alcohol-related offenses, as well as for trespassing. Two people were sent to the hospital.
No one died in any incidents related to Nocturnal Wonderland, the SBCSD coroner division commander tweeted. Police had been concerned about the combination of dehydration and the drug ecstasy, and handed out cards to attendees, warning about the danger.
“[Deputies] really stress to them, stay hydrated,” Deputy Olivia Bozek, a SBCSD spokeswoman, told the San Bernardino Sun.“We stress to the guests we are their friends. Get friends help and not worry about getting arrested.”
People began arriving at the San Manuel Amphitheater and Grounds on Thursday to camp ahead of the three-day festival. As the 544 vehicles entered the park, the approximately 2,176 campers were “screened for security purposes,” the sheriff’s department said in a statement. The process included searching attendees, checking photo IDs, confirmation of tickets, and “a photograph.” The security screening at the campsite continued for the next two days, as 786 vehicles brought 3,144 attendees to the overnight area. No arrests were made during this process.
Over the course of the festival, five noise complaints were made. Police and sound engineers tested the decibel levels each time and found that they were within county limits. The sheriff’s department also deployed remote security cameras and Automated License Plate Readers (ALPRs) “as an extra measure of security.”
In March, nearly 250 people were arrested at the Beyond Wonderland rave held at the same amphitheater, the San Bernardino Sun reported. Nearly 200 people were arrested at the Nocturnal Wonderland festival in 2015.
Nocturnal Wonderland celebrated its 21st birthday this year.
at September 06, 2016