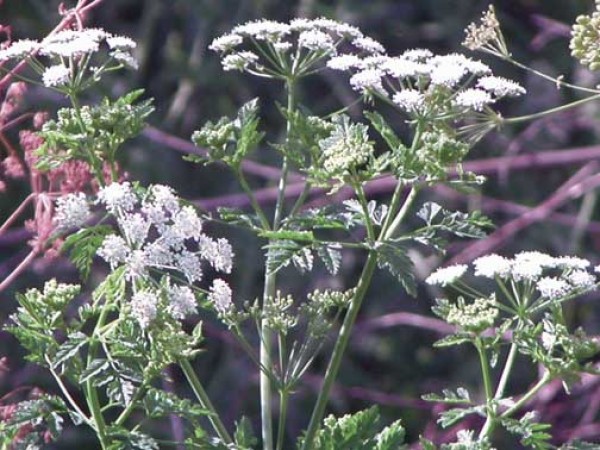 Hemlock or Conium is a highly toxic flowering plant indigenous to Europe and South Africa. It was a popular one with the ancient Greeks, who used it to kill off their prisoners. For an adult, the ingestion of 100mg of conium or about 8 leaves of the plant is fatal – death comes in the form of paralysis, your mind is wide awake, but your body doesn’t respond and eventually the respiratory system shuts down. Probably the most famous hemlock poisoning is that of Greek philosopher, Socrates. Condemned to death for impiety in 399 BC, he was given a very concentrated infusion of hemlock.
9
Aconite 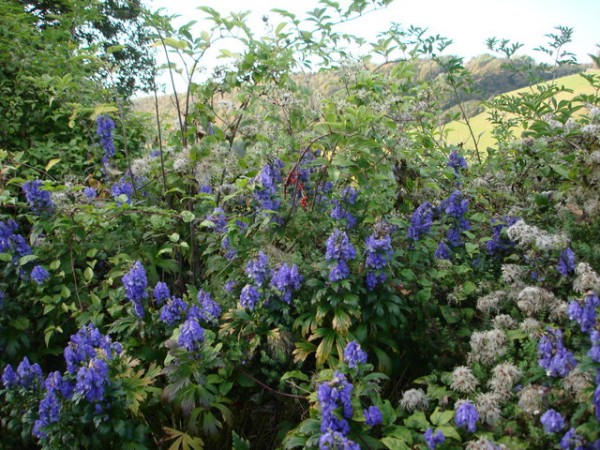 Aconite comes from the plant monkshood. Also known as wolfsbane, aconite leaves only one post-mortem sign, that of asphyxia, as it causes arrhythmic heart function which leads to suffocation. Poisoning can occur even after touching the leaves of the plant without wearing gloves as it is very rapidly and easily absorbed. Because of its untraceable nature it has been a popular one with the “get away with murder” crowd. Reportedly, it has a particularly famous casualty. The emperor Claudius is said to have been poisoned by his wife, Agrippina, using aconite in a plate of mushrooms.
8
Belladonna 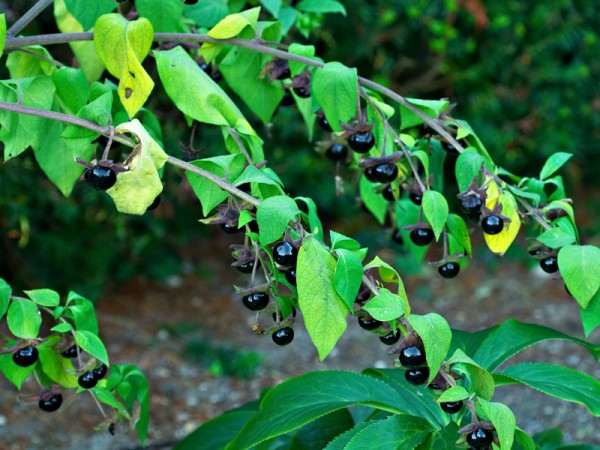 This was a favorite of the ladies! The name of this plant is derived from Italian and means beautiful woman. That’s because it was used in the middle-ages for cosmetic purposes – diluted eye-drops dilated the pupils, making the women more seductive (or so they thought). Also, if gently rubbed on their checks, it would create a reddish color, what today would be known as blush! This plant seems innocent enough, right? Well, actually, if ingested, a single leaf is lethal and that’s why it was used to make poison-tipped arrows. The berries of this plant are the most dangerous – consumption of ten of the attractive-looking berries is fatal.
7
Dimethylmercury 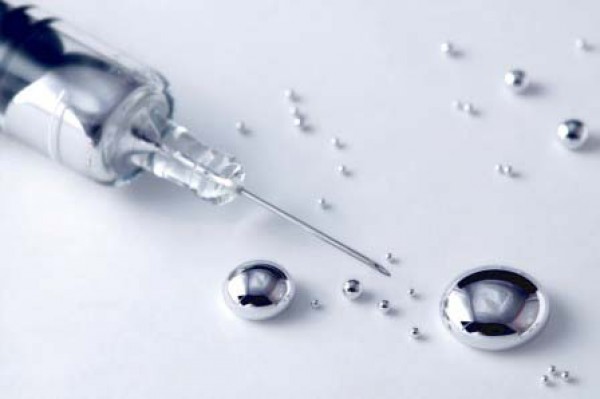 This one is a slow killer – a man-made slow killer! But this is exactly what makes it all the more dangerous. Absorption of doses as low as 0.1ml have proven fatal; however, symptoms of poisoning start showing after months of initial exposure, which is definitely too late for any kind of treatment. In 1996, a chemistry professor at Dartmouth College, New Hampshire, spilled a drop or two of the poison on her gloved hand – dimethylmercury went through the latex glove, symptoms appeared four months later and ten months later, she died.
6
Tetrodotoxin 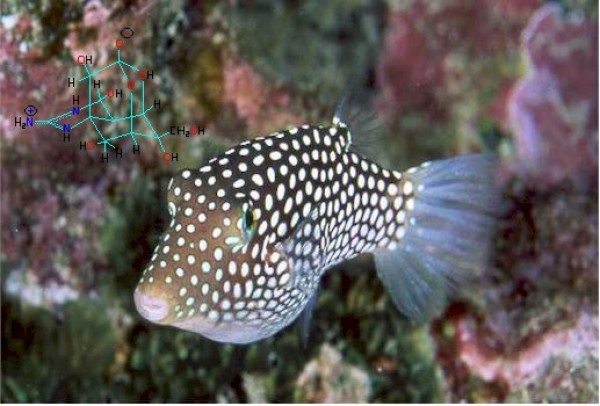 This substance is found in two marine creatures – the blue-ringed octopus and the puffer fish. However, the octopus is the most dangerous, because it purposely injects its venom, killing it in minutes. It carries enough venom to kill 26 human adults within minutes and the bites are often painless, so many victims realize they have been bitten only when paralysis sets in. On the other hand, the puffer fish is only lethal if you want to eat it, but if it is well prepared, meaning the venom is taken out, the only thing that’s left is the adrenaline of eating something which could kill you.
5
Polonium 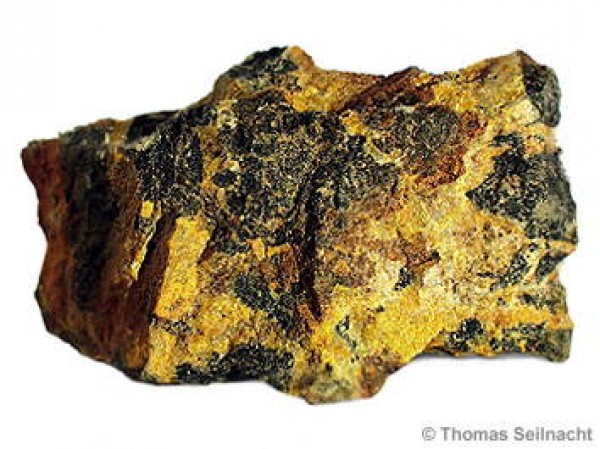 Polonium is a radioactive poison, a slow killer with no cure. One gram of vaporised polonium can kill about 1.5 million people in just a couple of months. The most famous case of polonium poisoning is that of ex-Russian spy Alexander Litvinenko. Polonium was found in his tea cup – a dose 200 times higher than the median lethal dose in case of ingestion. He died in three weeks.
4
Mercury 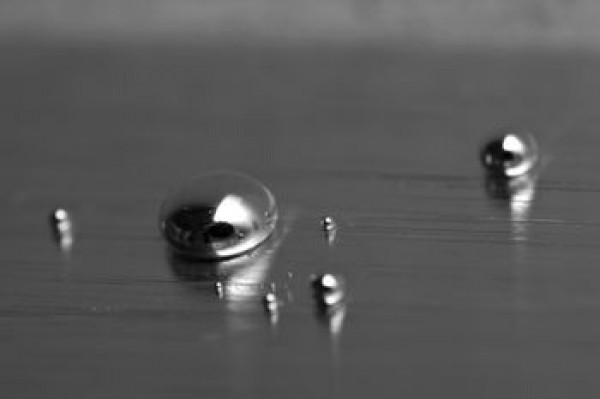 There are three forms of mercury which are extremely dangerous. Elemental mercury is the one you can find in glass thermometers, it’s not harmful if touched, but lethal if inhaled. Inorganic mercury is used to make batteries, and is deadly only when ingested. And finally, organic mercury is found in fish, such as tuna and swordfish (consumption should be limited to 170g per week), but can be potentially deadly over long periods of time. A famous death caused by mercury is that of Amadeus Mozart, who was given mercury pills to treat his syphilis.
3
Cyanide 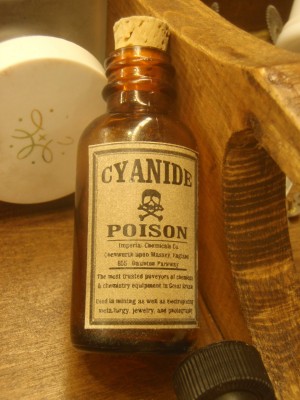 Now here’s one right out of an Agatha Christie novel. Cyanide seems to be extremely popular (spies use cyanide pills to kill themselves when caught) and there are plenty of reasons for this. Firstly, it is found in a great variety of substances like almonds, apple seeds, apricot kernel, tobacco smoke, insecticides, pesticides and the list goes on. Murder in this case can be blamed on a household accident, such as ingestion of pesticide – a fatal dose of cyanide for humans is 1.5 mg per kilogram of body weight. Secondly, it’s a rapid killer: depending on the dose, death occurs within 1 to 15 minutes. Also, in its gaseous form – hydrogen cyanide – it was the agent used by Nazi Germany for mass murders in gas chambers during the Holocaust.
2
Botulinum Toxin 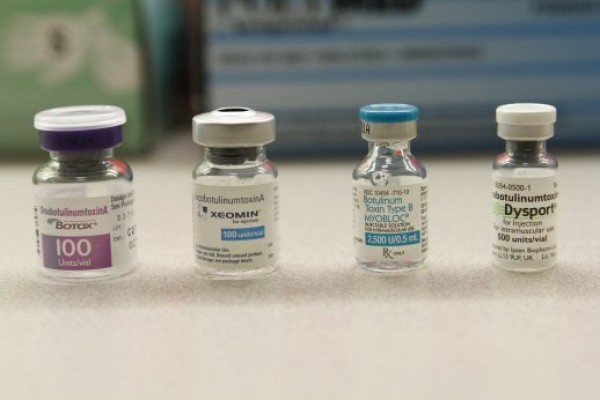 If you’re watching Sherlock Holmes, then you’ll know about this one. The Botulinum toxin causes Botulism, a fatal condition if not treated immediately. It involves muscle paralysis, eventually leading to the paralysis of the respiratory system and, consequently, death. The bacteria enter the body through open wounds or by ingesting contaminated food. By the way, botulinum toxin is the same stuff used for Botox injections!
1
Arsenic 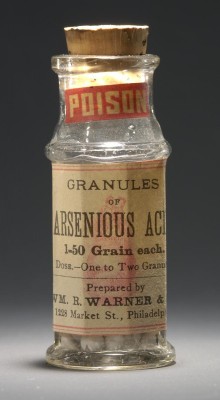 Arsenic has been called “The King of Poisons”, for its discreetness and potency – it was virtually undetectable, so it was very often used either as a murder weapon or as a mystery story element. But that’s until the Marsh test came and signalled the presence of this poison in water, food and the like. However, this king of poisons has taken many famous lives: Napoleon Bonaparte, George the 3rd of England and Simon Bolivar to name a few. On another note, arsenic, like belladonna, was used by the Victorians for cosmetic reasons. A couple of drops of the stuff made a woman’s complexion white and pale. Just perfect!
MORE GREAT LISTS

10 Real Men Who Transformed Themselves Into Supervillains