Somalia to get small arms after U.N. lifts embargo


DOHA (Reuters) – The Somali government expects to get its first shipment of light weapons within two months after the United Nations partially lifted an arms embargo to strengthen security forces fighting al Qaeda-linked militants, Somalia’s president said.
Aware of international wariness about sending arms to a volatile country already awash in weapons, President Hassan Sheikh Mohamud said he knew the world was closely watching how his government would manage a fresh inflow of arms.
“We take full responsibility. The world is looking at us and monitoring us,” Mohamud said in an interview in Doha on Wednesday after taking part in his first Arab summit focused on Syria and the Palestinian-Israeli conflict.
“We are not worried about getting supplies, we’re concerned about the management of these supplies,” he said, adding he expected the first shipment to arrive within the next two months.
He described as “really useful” the U.N. Security Council resolution earlier this month to allow sales of weapons such as automatic assault rifles and rocket-propelled grenades.
While the United States had supported the move, other Security Council members were wary about completely lifting the ban on a country where al Shabaab militants are still able to launch major attacks.
Somalia’s poorly equipped military – more a collection of rival militias than a cohesive fighting force loyal to a single leader – has had the support of African Union peacekeepers as it has battled al Shabaab fighters on several fronts.Continued
at March 30, 2013 10 comments:

Who, What, Why: What is 'ungoogleable'? 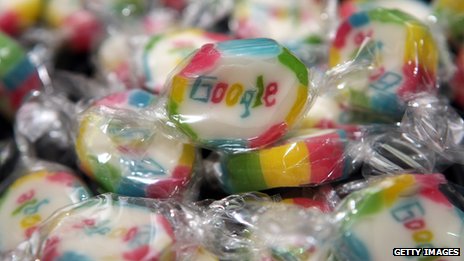 The word "ungoogleable" has been removed from a list of new Swedish words after a trademark spat. But it raises the question of what can and can't be found with a search engine.
Today Google appears to be the font of all data.
The idea that something can't be found online is strange enough to have spawned its own adjective.
The word "ungoogleable" is in the headlines after a dispute between the search engine giant and Sweden's language watchdog.
The Language Council of Sweden wanted to include "ungoogleable" - or "ogooglebar" - in its annual list of new Swedish words. But it defined the term as something that cannot be found with any search engine.
Google wanted the Swedish translation to be changed to refer only to Google searches, and the Council opted to remove the word altogether to avoid a lengthy legal battle.
The spat raises the question of just what "ungoogleable" means. Or more specifically, are some things still impossible to find with a search engine? And if so, is it a deliberate strategy?
To be ungoogleable might be a blessing or a curse.
Continue reading the main story

A firm that chooses to call itself 367 may be shooting itself in the foot - people searching online will probably encounter a lot of bus routes before they get to the company.
It's a similar story for an academic with a common name trying to promote research. Being called Mark Smith, for instance, might bring up thousands of other Mark Smiths online.
But others may actively seek to be ungoogleable.
The internet, unlike humans, has an almost flawless memory. That is why it's so useful. But it can also be embarrassing.
Imagine the person who has been photographed in a compromising position at university and had the picture posted online. What happens when they try to get a job as a lawyer? For this very reason there are firms that promise to move people down search-engine lists.
Ungoogleability increasingly means privacy, says Cameron Hulett, executive director of digital marketing company Undertone.
"There are firms managing people's online reputations. Ungoogleable is the extreme form - you are not just managing it you are removing it altogether," he says.
Then there are online networks that act like auction sites for people trading in drugs, erotica and other forbidden items.
Websites such as these use software to create anonymous networks. And with questionable sites that are accessible, a search engine might decide to withhold access to users.
Continue reading the main story

A part of BBC News Magazine, Who, What, Why? aims to answer questions behind the headlines
But the desire to be ungoogleable goes far wider than that. Prof Ralph Schroeder, from the Oxford Internet Institute, points to democracy activists in China who may need to operate an anonymous website to escape a crackdown on their activities.
Or it might be as simple as a pub quiz wanting to prevent cheating.
Trying to outwit Google's search capability has been popular for a while. A Googlewhack is two words that elicit only one result. The comedian Dave Gorman wrote a book about it after noticing that a phrase on his website "Francophile namesakes" only delivered one result.
Nowadays most people using Google will respond to the promptings of Google Autocomplete. So stumbling upon a Googlewhack is less likely.
Paywalls are another factor. Used by academic journals and newspapers such as The Times and Financial Times they restrict what users can easily find via google.
For some, being ungoogleable is about being unknowable. It's about preserving one's mystique.
Irene Serra chose the name -isq for her band deliberately to make it hard to find online. 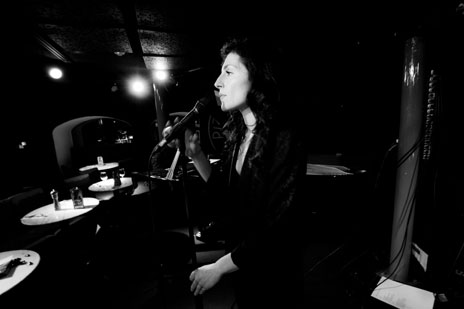 Irene Serra: Wants to make her band difficult to find online
As it contains a hyphen, it cannot deliver an easy result. The band have a website but they don't want it to be too easy to find.
"We didn't want to give everything away straightaway," says Serra. "If you want to hear about us you'll need to try just a little bit harder. And then when you do actually find us online we have lots in place."
It also allows them to easily keep control of all the domain names.
Seb Mower, a search engine optimisation consultant, says that even supposedly ungoogleable things can usually be found. Most people use Google in haste. But a bit of thinking can often turn up the correct result.
For instance, the band -isq will appear third in the list on Google if speechmarks are put around the search term.
Where Google really struggles, he says, is to show pictures of text. "If you wanted all the back issues of the Times, none of that information would be indexable."
For some, it seems, being ungoogleable is an unfortunate state of affairs. For others, the ignorance of Google's algorithms is bliss.
You can follow the Magazine on Twitter and on Facebook
at March 27, 2013 No comments:

Oil: How Could Liberians Settle for Only Five Percent? 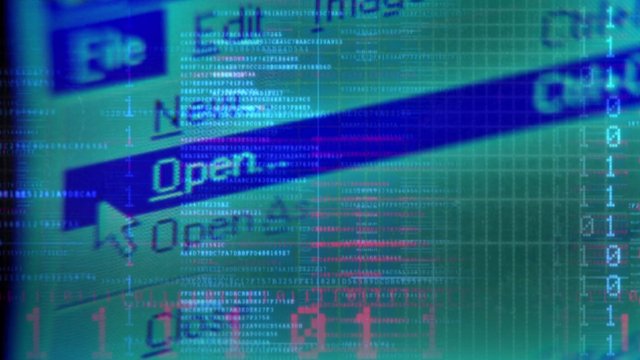 The BBC's Rory Cellan-Jones explains why the attack is like a "motorway jam", alongside expert David Emm from Kaspersky Lab
Continue reading the main story

The internet around the world has been slowed down in what security experts are describing as the biggest cyber-attack of its kind in history.
A row between a spam-fighting group and hosting firm has sparked retaliation attacks affecting the wider internet.
It is having an impact on popular services like Netflix - and experts worry it could escalate to affect banking and email systems.
Five national cyber-police-forces are investigating the attacks.
Spamhaus, a group based in both London and Geneva, is a non-profit organisation which aims to help email providers filter out spam and other unwanted content.
To do this, the group maintains a number of blocklists - a database of servers known to be being used for malicious purposes.
Recently, Spamhaus blocked servers maintained by Cyberbunker, a Dutch web host which states it will host anything with the exception of child pornography or terrorism-related material.
Sven Olaf Kamphuis, who claims to be a spokesman for Cyberbunker, said, in a message, that Spamhaus was abusing its position, and should not be allowed to decide "what goes and does not go on the internet".
Spamhaus has alleged that Cyberbunker, in cooperation with "criminal gangs" from Eastern Europe and Russia, is behind the attack.
Cyberbunker has not responded to the BBC's request for comment.
'Immense job'
Steve Linford, chief executive for Spamhaus, told the BBC the scale of the attack was unprecedented.
"We've been under this cyber-attack for well over a week.
Continue reading the main story 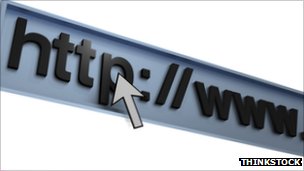 Writing exactly one year ago for the BBC, Prof Alan Woodward predicted the inherent weaknesses in the web's domain name system.
He wrote: "It is essentially the phone book for the internet. If you could prevent access to the phone book then you would effectively render the web useless."
Read Prof Woodward's full article
"But we're up - they haven't been able to knock us down. Our engineers are doing an immense job in keeping it up - this sort of attack would take down pretty much anything else."
Mr Linford told the BBC that the attack was being investigated by five different national cyber-police-forces around the world.
He claimed he was unable to disclose more details because the forces were concerned that they too may suffer attacks on their own infrastructure.
The attackers have used a tactic known as Distributed Denial of Service (DDoS), which floods the intended target with large amounts of traffic in an attempt to render it unreachable.
In this case, Spamhaus's Domain Name System (DNS) servers were targeted - the infrastructure that joins domain names, such as bbc.co.uk, the website's numerical internet protocol address.
Mr Linford said the attack's power would be strong enough to take down government internet infrastructure.
"If you aimed this at Downing Street they would be down instantly," he said. "They would be completely off the internet."
He added: "These attacks are peaking at 300 gb/s (gigabits per second).
"Normally when there are attacks against major banks, we're talking about 50 gb/s."
Clogged-up motorway
The knock-on effect is hurting internet services globally, said Prof Alan Woodward, a cybersecurity expert at the University of Surrey.
"If you imagine it as a motorway, attacks try and put enough traffic on there to clog up the on and off ramps," he told the BBC.
"With this attack, there's so much traffic it's clogging up the motorway itself."
Arbor Networks, a firm which specialises in protecting against DDoS attacks, also said it was the biggest such attack they had seen.
"The largest DDoS attack that we have witnessed prior to this was in 2010, which was 100 gb/s. Obviously the jump from 100 to 300 is pretty massive," said Dan Holden, the company's director of security research.
"There's certainly possibility for some collateral damage to other services along the way, depending on what that infrastructure looks like."
Spamhaus said it was able to cope as it has highly distributed infrastructure in a number of countries.
The group is supported by many of the world's largest internet companies who rely on it to filter unwanted material.
Mr Linford told the BBC that several companies, such as Google, had made their resources available to help "absorb all of this traffic".
The attacks typically happened in intermittent bursts of high activity.
"They are targeting every part of the internet infrastructure that they feel can be brought down," Mr Linford said.
"Spamhaus has more than 80 servers around the world. We've built the biggest DNS server around."
Your comments (390)
at March 27, 2013 No comments: