Saudi oil attacks: Why does the US hide oil underground?

Related Topics
In the wake of the attacks on key Saudi Arabian oil infrastructure, American officials have been talking about drawing on a huge emergency stash of oil kept in the United States.
As oil prices spiked, President Donald Trump tweeted they could use the oil "to keep the markets well-supplied".
The oil he was referring to amounts to more than 640 million barrels which are stored in salt caverns beneath the states of Texas and Louisiana. The idea of holding these "strategic reserves" dates back to the 1970s.
All members of the International Energy Agency have to hold the equivalent of 90 days' worth of petroleum imports, but the US stockpile is the largest emergency store in the world.

Why was it set up?

US politicians first came up with the idea of an oil stockpile in the early 1970s, after an oil embargo by Middle East nations caused prices to skyrocket around the world.
Members of the Organization of Arab Petroleum Exporting Countries - including Iraq, Kuwait, Qatar and Saudi Arabia - refused to export oil to the US because it supported Israel in the 1973 Arab-Israeli War.
The war lasted just three weeks in October that year. But the embargo - which also targeted other countries - lasted until March 1974, causing prices to quadruple worldwide from about $3 to nearly $12 per barrel.
Pictures of cars queuing up at petrol pumps in affected nations became some of the defining images of the crisis.
The US Congress passed the Energy Policy and Conservation Act in 1975. It established the Strategic Petroleum Reserve in the event of another major supply problem.

What is the reserve?

At present, there are four sites where oil is stored: near Freeport and Winnie in Texas, and outside Lake Charles and Baton Rouge in Louisiana.
Each site has several man-made salt caverns up to a kilometre (3,300ft) underground where the oil is stored. This is far cheaper than keeping it in tanks above ground, and safer - the chemical composition of the salt and the geological pressure prevents any oil from leaking out.
The largest site at Bryan Mound near Freeport has a storage capacity equivalent to 254 million barrels of oil.
The reserve's website says that on 13 September there were 644.8 million barrels of oil held in these caves. 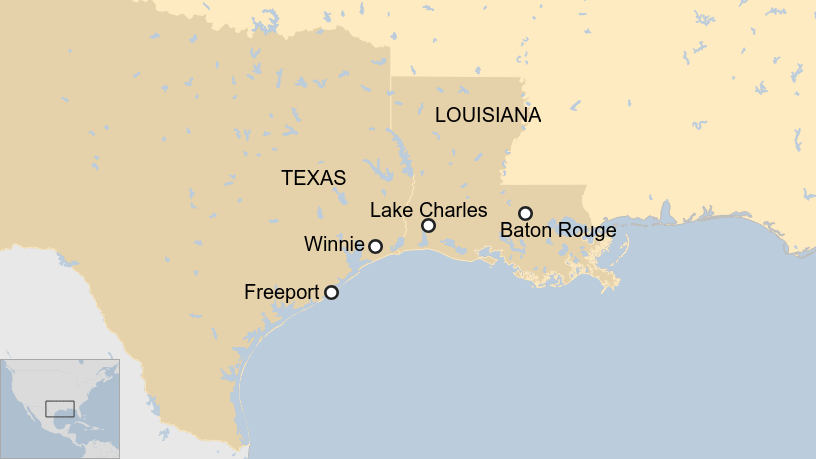 According to the US Energy Information Administration, Americans used 20.5 million barrels of petroleum a day on average in 2018 - meaning there's enough oil to keep the country going for about 31 days.

How does it work?

Under the 1975 law signed by Gerald Ford, the president can only authorise the release of oil reserves if there is a "severe energy supply interruption".
Physical constraints mean only a small amount of oil can be moved from the caves each day, meaning even if there is presidential authority to release oil it would take nearly two weeks to hit the markets.
Moreover, the oil is all unrefined. It would need to be processed into fuel before it would be useful for cars, ships and airplanes.
US energy secretary Rick Perry told broadcaster CNBC on Monday it was "a little premature" to talk about breaking into the reserve yet in the wake of the attacks in Saudi Arabia.

Has it been used often?

It was last used in 2011, when disruption caused by the Arab Spring uprisings prompted IEA member states to release a combined total of 60 million barrels of oil to reduce disruption to energy supplies.
However, the US has sold off large numbers of barrels on a few occasions. President George H W Bush authorised its use during the Gulf War in 1991, while his son George W Bush allowed the sale of 11 million barrels in the wake of Hurricane Katrina.
But the usefulness of keeping such a huge reserve at a time when US energy production is booming has been questioned. Some in Washington have even recommended getting rid of it completely.
A report by the Government Accountability Office suggested just that in 2014, saying it could lower prices at the pump for US consumers. In 2017 the Trump administration mooted selling off half the stockpile to help tackle the federal deficit.
Under President Bill Clinton, 28 million barrels were sold off in 1997 as part of a move to reduce the deficit.
at September 17, 2019