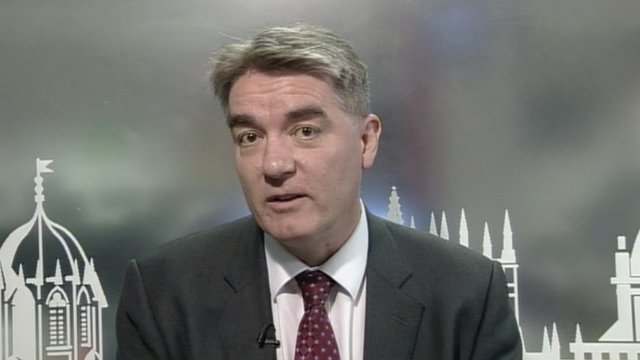 Advertisement
Report author Professor Peter Rothwell: "There are risks of aspirin as well as benefits"

Taking a low dose of aspirin every day can prevent and possibly even treat cancer, fresh evidence suggests.
The three new studies published by The Lancet add to mounting evidence of the drug's anti-cancer effects.

Many people already take daily aspirin as a heart drug.

But experts warn that there is still not enough proof to recommend it to prevent cancer cases and deaths and warn that the drug can cause dangerous side effects like stomach bleeds.

Prof Peter Rothwell, from Oxford University, and colleagues, who carried out the latest work, had already linked aspirin with a lower risk of certain cancers, particularly bowel cancer.

But their previous work suggested people needed to take the drug for about 10 years to get any protection.

Now the same experts believe the protective effect occurs much sooner - within three to five years - based on a new analysis of data from 51 trials involving more than 77,000 patients.
And aspirin appears not only to reduce the risk of developing many different cancers in the first place, but may also stop cancers spreading around the body.

The trials were designed to compare aspirin with no treatment for the prevention of heart disease.

But when Prof Rothwell's team examined how many of the participants developed and died from cancer, they found this was also related to aspirin use.
Halting cancer spread
Taking a low (75-300mg) daily dose of the drug appeared to cut the total number of cancer cases by about a quarter after only three years - there were nine cancer cases per 1,000 each year in the aspirin-taking group, compared with 12 per 1,000 for those taking dummy pills.

And if patients stayed on aspirin for longer, their cancer death risk went down even further - by 37% after five years.

Low-dose aspirin also appeared to reduce the likelihood that cancers, particularly bowel, would spread (metastasise) to other parts of the body, and by as much as half in some instances.

In absolute numbers, this could mean for every five patients treated with aspirin one metastatic cancer would be prevented, the researchers estimate.

At the same time, aspirin cut the risk of heart attacks and strokes, but it also increased the risk of a major bleed.

However this elevated bleeding risk was only seen in the first few years of aspirin therapy and decreased after that.

Critics point out that some of the doses given in the study were much higher than the 75mg dose typically given in the UK. Also, some very large US studies looking at aspirin use were not included in the analysis. The researchers acknowledge both of these points in their published papers.

Prof Rothwell says for most fit and healthy people, the most important things they can do to reduce their lifetime cancer risk is to give up smoking, take exercise and have a healthy diet.

After that aspirin does seem to reduce the risk further - only by a small amount if there is no risk factor, but if there is a family history for something like colorectal cancer, it tips the balance in favour of aspirin, he said.

Prof Peter Johnson, of Cancer Research UK, said it was still a good idea for people thinking of taking aspirin to discuss it with their GP because of the possible side effects.

But he said the work was exciting and suggested aspirin might be beneficial for treating and preventing cancer, which is something the charity is exploring in its own research.

"We now need some definitive advice from the government as to whether aspirin should be recommended more widely," he said.

The National Institute for Health and Clinical Excellence (Nice), which issues treatment guidelines for the NHS, has not yet been asked by the government to look at the topic but a spokesman for the Department of Health said they were considering how best to advise the public about the benefits and risks of aspirin.

Meanwhile, the leader of an ongoing UK trial looking at cancers of the gastrointestinal tract said their results - as yet unpublished - suggested no preventative effect of aspirin after following patients for several years.

Professor Janusz Jankowski of Barts and The London School of Medicine and Dentistry said: "So far aspirin cancer prevention effects have not been seen in this major UK study after > 4.5 years of therapy. "
at March 21, 2012