Row over speakers at Saudi youth forum in Kuwait 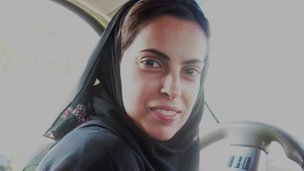 A Saudi women's rights activist has told the BBC she is planning legal action against Kuwaiti Islamist MPs who demanded a ban on a youth conference that they condemned as un-Islamic.
Hala al-Dosari was invited to speak at the forum in Kuwait, which was aimed at helping young Arabs develop their understanding of Islam and society.
But the Islamist MPs complained that the forum had a suspicious agenda.
Ms Dosari was targeted for having been interviewed on a Christian TV channel.
'Path to openness' The al-Nahdha (Awakening) Forum is an annual event organised by and mainly for Saudis but held outside the country.
The man behind it is Salman al-Ouda, a Saudi cleric who was once a hardline supporter of Osama Bin Laden.
But after serving a prison term, he very publicly changed his views, espousing a more tolerant and open interpretation of Islam.
Some 150 young Saudis - both men and women - were due to attend the forum this past weekend in Kuwait.
But the announcement of the guest speakers angered radical Islamists both in Saudi Arabia and Kuwait.
They condemned the presence of Hala al-Dosari, a well-known women's rights activist in Saudi Arabia, calling her a Christian evangelist because of an interview she gave on an Arabic Christian TV channel.
The appearance of a Shia speaker was also attacked as being against Sunni religious orthodoxy - as well as pro-Iranian.
Several Islamist MPs in Kuwait demanded the forum be stopped. The Kuwaiti interior ministry obliged.
But more liberal groups in Kuwait defended the forum and its goals - and hosted it without Saudi participation at a different venue. Ms Dosari managed to give her speech via Skype.
She says the ban exposed the failings of those who opposed it.
It has become a big talking point on Saudi social networks, with many backing her.
She welcomes it as another small milestone on what she hopes is a path to greater openness in Saudi society.
at March 28, 2012