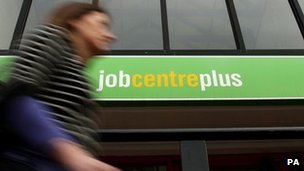 Seventy organisations involved in the benefits system have raised concerns about a government overhaul.
The Universal Credit aims to make the system simpler by replacing five work-based benefits with one benefit.
The groups are worried about new monthly payments, access to an online system and whether IT will be ready, while Labour wants a Commons debate.
Ministers say the online system replaces a "costly, outdated" one and the benefit is set to come in on time.
They describe Universal Credit as "the most radical redesign of the benefits system this country has ever seen," saying it pays people to work rather than claim benefits.
Written evidence, seen by BBC Radio 4's The World This Weekend, was submitted to the House of Commons Work and Pensions Committee by organisations representing councils, charities, trades unions, business groups and housing organisations.
The Women's Budget Group is among those expressing concerns about new monthly payments, saying "many on low incomes in work have wages and/or benefits and tax credits paid more frequently, which matches common budgeting patterns for those on low incomes".
The group, which works towards "a gender equal society", adds: "Women are likely to be hit harder, as in low income families they tend to make more frequent purchases that will be squeezed as money is stretched."
The BBC's Chris Mason says there are also concerns that a policy of paying the Universal Credit to just one person in a household could, in some instances, upset the family dynamic - potentially putting that individual in a position of considerable power and influence.
And Gingerbread, the charity for single parents, asks: "What consideration has been given to providing grants to cover a shortfall when transitioning from fortnightly to monthly payments, rather than claimants having to rely on budgeting advances or 'pay-day loans' which need to be repaid?"
Benefits claimant Chris O'Reilly, 50, from Clapton, told BBC News that the move to monthly payments "won't work at all".
"I can't budget for that," he told Radio 4's The World This Weekend. "I will go without electricity, or I may go without gas."
'Rigorous testing'
The Local Government Association, meanwhile, is among groups concerned that there is "a real risk that the central government Universal Credit IT systems will not be ready on time".
Continue reading the main story

The tight delivery timetable, coupled with low awareness among companies, is a risk to business and to the implementation of the Universal Credit”

CBI
Another change to the benefits system will force businesses to report their employees' pay each time they are paid, a move described by the Chartered Institute of Taxation as an extra "significant and difficult burden".
The CBI business organisation says the new system's "tight delivery timetable, coupled with low awareness among companies, is a risk to business and to the implementation of the Universal Credit".
The government's push for claimants to access benefits online is also questioned by some groups.
Community charity Citizens Advice warns that the Universal Credit system "risks causing difficulties to the 8.5 million people who have never used the internet and a further 14.5 million who have virtually no ICT skills".
However, the submissions also show that many organisations acknowledge the government's motivations for reform are sound.
Labour's Shadow Work and Pensions Secretary Liam Byrne said: "Universal Credit is overdue and over budget and now everyone from the chancellor to charities, the CBI to local councils is warning this is a car-crash about to happen.
"We've been warning of this for months and we're summoning Iain Duncan Smith to the Commons for a full scale debate."
But ministers insist the timetable for the introduction of Universal Credit remains on track to begin in October 2013. They say it will be phased in over a number of years, with eight million households signed up by 2017.
Continue reading the main story

A Department for Work and Pensions spokeswoman said: "Liam Byrne is quite simply wrong. Universal Credit is on track and on budget. To suggest anything else is incorrect."
She said ministers intended to address concerns about the new system at a Work and Pensions Select Committee hearing.
Face-to-face
Continue reading the main story

Deven GhelanCentre for Social Justice
Earlier, the DWP said that the majority of Universal Credit IT systems had already been built and were being tested.
Managing Universal Credit online made sense as it would save money, he said, adding that most jobs now required computer skills.
"Research reveals that 74% of working age benefit claimants say they have broadband connection at home, 48% say they log on every day and 62% say they would be willing to make an application for a benefit or tax credit online," a spokesperson said.
Deven Ghelani of the Centre for Social Justice think-tank, who helped shape the policy, told The World This Weekend: "Of course there need to be safeguards in place for those households and families that struggle.
"With Universal Credit you are simplifying the system, which I think is fundamental to making it clear and making it work for many people."
He said that resources would be freed up by the new, more efficient system to tackle problems experienced by some low-income households.
He added: "A shift of Universal Credit is to be able to focus some of those resources on actually helping people, on an individual level, on a face-to-face level, helping them with the problems that they have in their life."
But Labour MP Dame Anne Begg, chair of the Commons Work and Pensions Committee, said that recently she had been unable to find a broadband service for her own flat at less than £30 a month.
"On the kind of income that many people on benefit have, that is completely out of the scope that they can afford," she said.
The DWP spokesman said face-to-face and telephone support would be available to people struggling to access the Universal Credit system online
at September 09, 2012