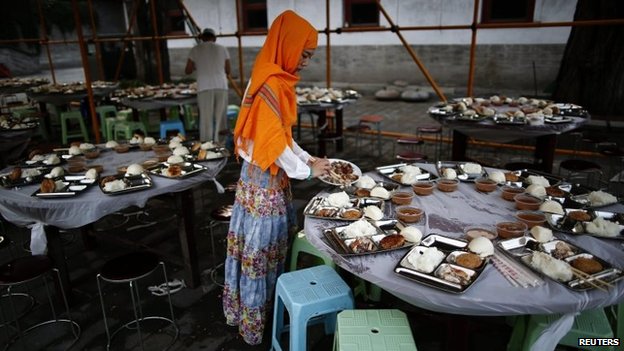 Several government departments in China's far western region of Xinjiang have banned Muslim staff from fasting during the month of Ramadan.
One department website said that civil servants cannot "take part in fasting and other religious activities".
The move comes amid tightened security in the region which has been hit by a growing number of violent attacks.
Authorities blame separatist Muslim Uighurs, but Uighur leaders deny they are behind the attacks.
Activists have accused Beijing of exaggerating the threat from Uighur separatists to justify a crackdown on the Uighurs' religious and cultural freedoms.
Increasing tensions

State-administered Bozhou Radio and TV University said on its website that the fasting ban applied to party members, teachers and young people. 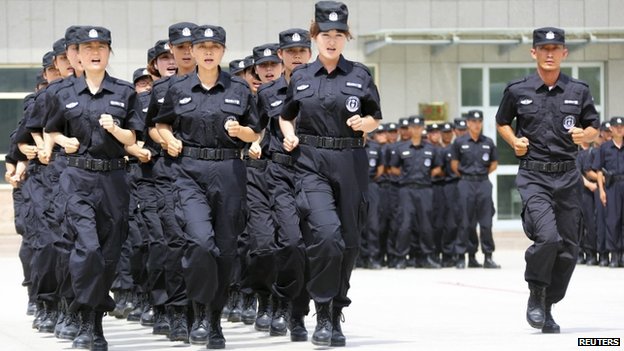 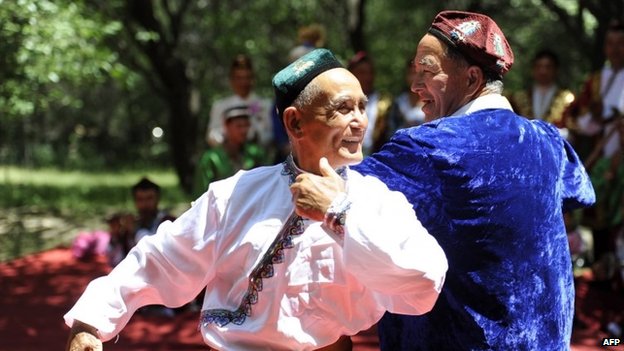 Most members of the Uighur ethnic minority are Muslim
"We remind everyone that they are not permitted to observe a Ramadan fast," it said.
Similarly a weather bureau in western Xinjiang was reported by the AFP news agency to have said on its website that the ban was "in accordance with instructions from higher authorities".
The BBC's Martin Patience in Beijing says that this is not the first time that China has restricted fasting in Xinjiang. 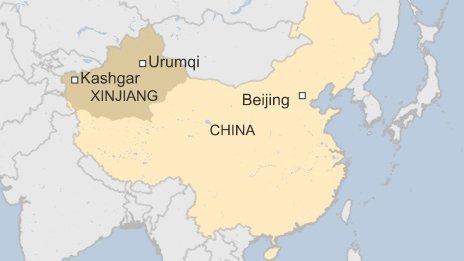 But our correspondent says that with Beijing blaming extremist Uighurs for growing violence, the ban is likely to be seen by many Muslims as an attack on their religion, further increasing tensions.
Among those imposing a ban are a commercial affairs department and a government hospital which got Muslim staff to sign a written pledge that they would not fast.
State-run newspapers have in addition been running editorials warning about the health dangers of fasting.
Many Uighurs say that the suppression of their cultural and religious freedoms is fuelling the unrest in the region and attacks elsewhere in China.
Last month 13 assailants were killed in an attack on a police station in the restive province. 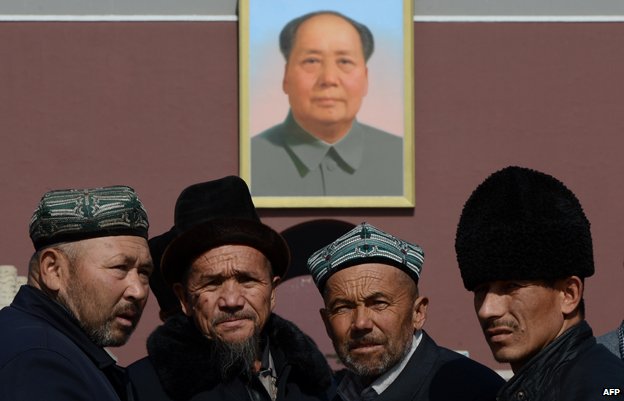