Daily question: How is the referendum affecting markets?

As the people of Scotland weigh up how to vote in the independence referendum, they are asking questions on a range of topics.
In this series, we are looking at those major questions and by using statistics, analysis and expert views shining a light on some of the possible answers.
Here, we focus on what the effect of a "Yes" or a "No" vote might be on the value of the pound, Scottish companies and the level of investments being held in Scotland.
Do you have a referendum question? Let us know by....
Hundreds of BBC news website readers have been asking finance-related questions, including from Mark Finnie, Sean Purcell, David Wright, Charlie Duthie, Norman West, Robert Anderson, Armand Borisewitz and Peter Reilly.

Are recent fluctuations in the stock market and the value of the pound anything to do with the referendum? 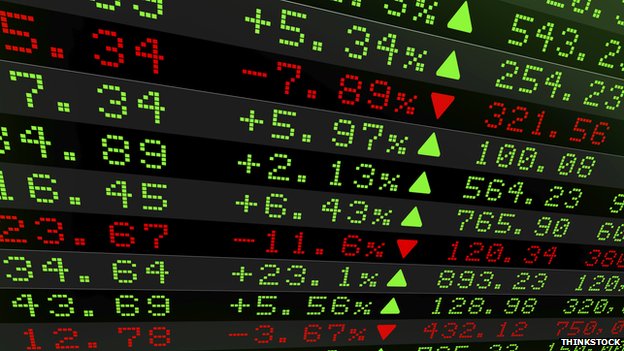 This kind of dip happens frequently on the markets, both to the value of the pound and to the FTSE total figure.
Sir Angus Grossart, chairman of the Noble Grossart investment bank, wasquoted in the Financial Times saying "the FTSE seems perfectly stable today, but to hear some of the comments you almost expect people to be predicting a plague of locusts or mice next". This is both a funny comment, and to some extent true.
It is important to stress that what has already happened to the markets is not an extraordinary event, nor is it disastrous.
However it does indicate that the markets seem to already be responding to what is happening in Scotland, and so would see these events happening on a bigger scale if there is a "Yes" vote.
Continue reading the main story
Continue reading the main story

The first evidence for this is the fact there was a fall in the value of the pound two weeks in row, immediately after YouGov polls on 2 and 7 September, which showed how tight the referendum campaign has become.
The second piece of evidence is that on Monday 8 September, the day after that first independent poll showing the "Yes" campaign in the lead, Scottish companies took a particular hit. Lloyds Banking Group finished the day down more than 3%, Standard Life down 2.7%, SSE down 2.38%, and RBS down 2.05%.
Thirdly, since making public statements about moving registered offices south of the border in the event of a "Yes" vote, the share prices in a number of those banks have recovered.

Why are the markets so bothered about it? 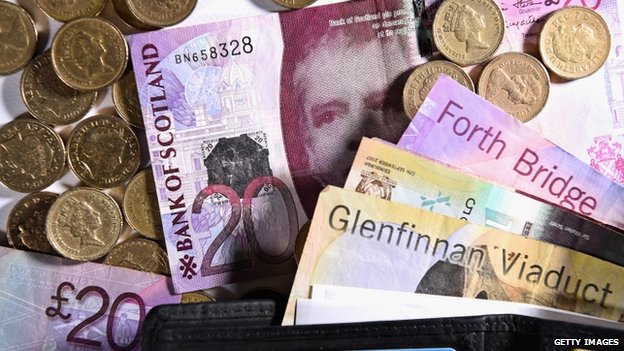 Investors and traders have known the referendum was on the cards for months, but over the last couple of weeks have they woken up to the very real possibility of Scotland voting in favour of independence.
What that leads onto is two-fold.
Firstly if there is uncertainty over the future of the pound, and if enough people start to sell, then others may join in in a kind of snowball effect.
Lots of movements in share prices and currencies are to do with speculation to try and make money rather than about fear over external issues.
Some people see these dips as a normal part of the process that markets go through - they have massively over-compensated for something they have not factored into their sums, and then things bounce back and level out again.
The second issue is over the future of Scotland's financial services sector, so linked to London, the pound, and savers south of the border.
While some companies like Aberdeen Asset Management say that the sector would not be impacted negatively by independence, Deutsche Bank among others spell out more dire consequences.
They say a "Yes" vote "would go down in history as a political and economic mistake as large as Winston Churchill's decision in 1925 to return the pound to the Gold Standard or the failure of the Federal Reserve to provide sufficient liquidity to the US banking system, which we now know brought on the Great Depression in the US".

But will this affect people living in Scotland, or just fat-cat bankers and investors? 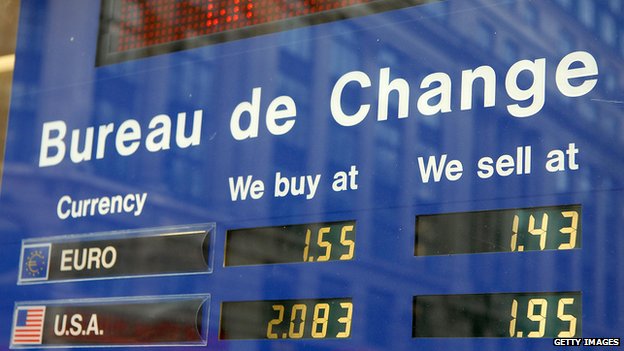 If there is a "Yes" vote and the pound loses value, as seems likely, then it will affect everyone using the pound, and Scotland will most definitely still be using the pound until an agreed independence date, and possibly beyond that.
A weak pound is tough for anyone wanting to buy currency, you'll get less for your money if you're going on holiday, or if you're buying in goods for your company. On the other hand, exporters would find life much easier.
If the stock market overall falls, which again is likely - even if briefly - after a "Yes" vote, then it will affect most of us.
Lots of people have pension schemes which are linked to the markets, so a sustained fall in the value of the FTSE is likely to reduce the value of pension pots and other savings like stocks and shares ISAs.
The "Yes" campaign have been keen to stress that even if the banks move their registered offices, most have released statements saying they are hopeful of retaining their Scottish staff.
However, no promises can be made by companies over their long-term futures, and there are of course many other workers dependent on the financial services sector which may be impacted by any changes.
If there is a "Yes" vote, it's reasonable to expect significant market and currency movements, and stability is unlikely to return until markets are confident they know what lies further down the line.
One thing that can be guaranteed is that investors will be acting in ways to make themselves the most money, whatever the politicians decide.
at September 16, 2014