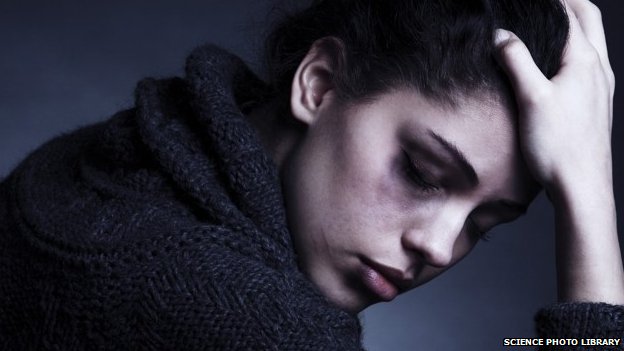 A new offence could end ambiguity over the criminal definition of abuse, ministers say

A new crime of domestic abuse could be created under plans being considered by ministers.
Home Secretary Theresa May is consulting on creating the offence in England and Wales as part of attempts to improve police performance.
Existing law already covers coercive and controlling behaviour - but it does not explicitly apply to relationships.
Earlier this year Mrs May ordered chief constables to come up with domestic abuse action plans by September.
Last year ministers redefined domestic abuse, telling forces and other criminal justice agencies that it included both violence and acts of psychological control that left victims in terror.
There are a string of laws that already cover acts of violence, stalking and harassment - but none of them refer in their wording to personal relationships or the precise terms of the official definition of domestic abuse.

Official definition of domestic abuse in England and Wales: "Any incident or pattern of incidents of controlling, coercive, threatening behaviour, violence or abuse between those aged 16 or over who are, or have been, intimate partners or family members regardless of gender or sexuality."
The behaviour captured in this definition includes:
"… a pattern of acts of assault, threats, humiliation and intimidation or other abuse that is used to harm, punish, or frighten their victim".
Source: Home Office

Ministers are now asking whether a specific crime would end any ambiguity, leaving police in no doubt over their powers to intervene.
The offence could cover not just acts of violence but incidents of psychological control which cut off victims from friends and family, or deny them money or other means to live freely.
Mrs May said: "The government is clear that abuse is not just physical. Victims who are subjected to a living hell by their partners must have the confidence to come forward. I want perpetrators to be in no doubt that their cruel and controlling behaviour is criminal.
"We will look at the results of this consultation carefully in order to continue providing the best possible protection and support for victims of domestic abuse."Continued
at September 09, 2014