Jump media player
Media player help
Out of media player. Press enter to return or tab to continue.
The BBC's Home Affairs Correspondent Danny Shaw said it was unknown whether the victim and the suspect were known to each other
An 82-year-old woman has been killed in a suspected beheading in the garden of a north London house.
Palmira Silva was found behind the house in Nightingale Road, Edmonton, at about 13:00 BST, police said. 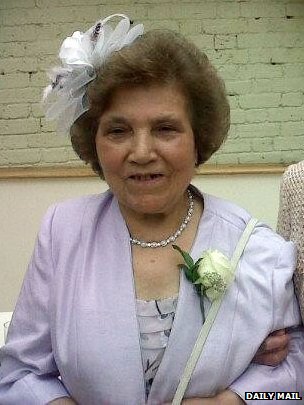 Police do not know whether Palmira Silva knew her attacker
Officers found her collapsed in the back garden and she was pronounced dead at the scene.
A 25-year-old man was arrested on suspicion of murder and is in custody. Detectives said there was no suggestion the killing had a terrorist motive.
The man is in hospital being treated for injuries suffered when he was arrested, police said.
A Taser was used during the arrest and a firearms officer is believed to have suffered a broken wrist.
Police said they were initially called to reports of a man armed with a knife and eyewitnesses said he had attacked an animal, possibly a cat or a dog.
Speaking at the scene of the attack, Cdr Simon Letchford said police had distracted the man while they evacuated nearby houses.
"Officers had to do everything they could to make other people safe and evacuate houses and put their lives on the line to make sure this individual did not cause further harm," he said.
He said officers smashed windows to get people out of properties after the man was "cornered" in a house.
Detectives investigating Ms Silva's death are also looking into an earlier attempted attack on two people in another address in Nightingale Road. Officers said the pair were not thought to have been hurt in the incident.
Police said they had traced the victim's next of kin but were unwilling to speculate on the nature of her injuries or the type of weapon used. 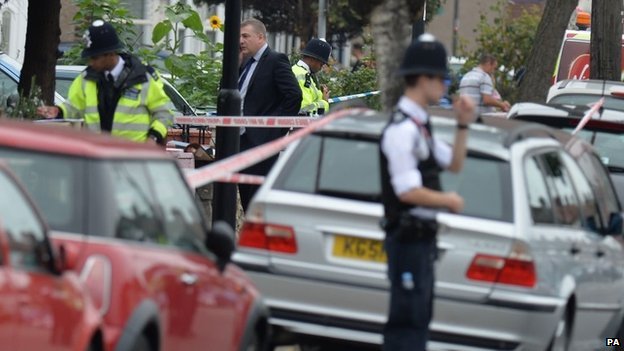 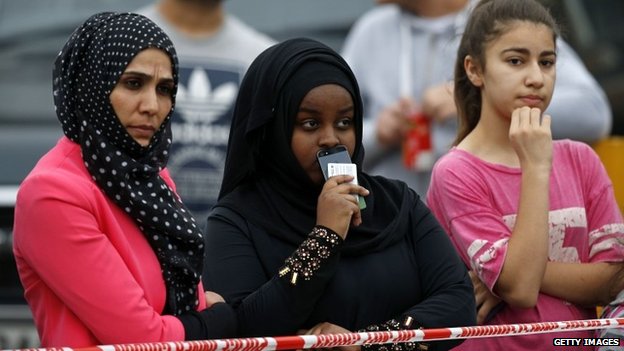 Residents were evacuated from the area and the street has been cordoned off, police said 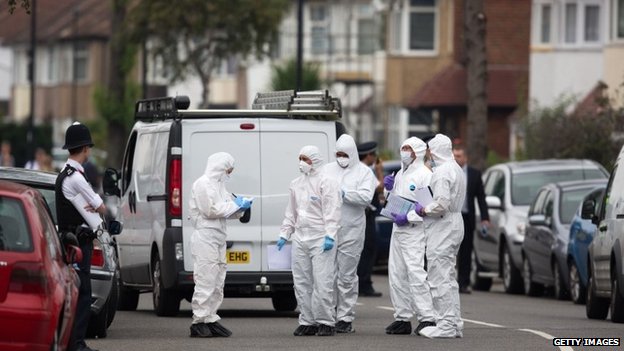 Police said forensic officers would be at the scene for hours to come
Det Ch Insp John Sandlin said: "I can understand why this may cause people concern, however we are confident that we are not looking for anyone else at this stage.
"Whilst it is too early to speculate on what the motive behind this attack was I am confident, based on the information currently available to me, that it is not terrorist related."
Jump media player
Media player help
Out of media player. Press enter to return or tab to continue.
Commander Simon Letchford: "These sort of events are very unusual"
Neighbour Muhammed Yusuf said police knocked on his door and told him to leave the property immediately.
His son Ahmed, 19, said: "At first there were two police cars, then all of a sudden there were 20.
"The police said to drop everything. I said 'What's going on?' and they said there's a guy jumping over gardens."
Another resident Freda Odame, 30, saw a screaming man waving a weapon around.
She said: "I heard shouting and banging and I opened my curtains and saw a guy holding a knife in a back garden a few doors along."
The BBC's Home Affairs Correspondent Danny Shaw said it was currently unknown whether the victim and the suspect were known to each other.
The police watchdog, the Independent Police Complaints Commission, has been informed of the incident.
at September 04, 2014