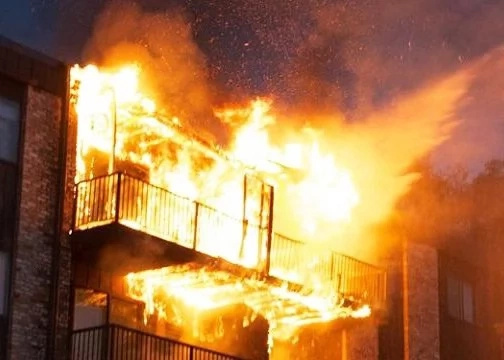 “We got reports at around 8:15 pm  on Monday that there was fire at Kirichwa Heights Apartments. We rushed to the scene and started putting out the fire. Unfortunately, the flames were very intense such that by the time we subdued it, two floors had been extensively damaged,” Kattam said.

READ ALSO: Aden Duale devices a new way to cripple Raila’s anti-IEBC demos
Police said  they are yet to confirm the total value of the property damaged and that no one was hurt in the incident.

“We are waiting for house owners to confirm the absolute value of property burnt, though we suspect property worth hundreds of thousands was razed, i wish to confirm that nobody was burnt.” Kattam said.

Police said they have started investigations with the help of the Nairobi County inspectorate to find out the real cause of the fire
at May 24, 2016