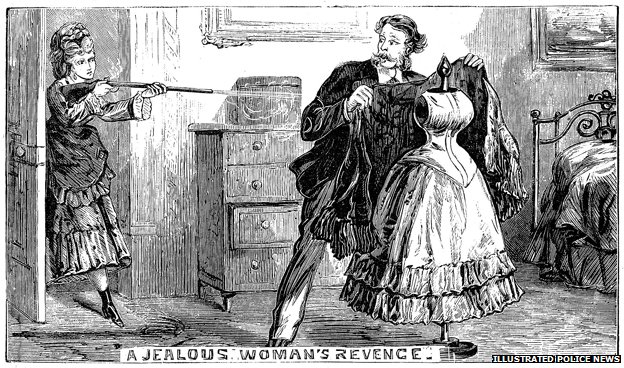 Life in Victorian times was arguably considerably more dangerous than now, if the newspaper reports of the time are anything to go by, writes Jeremy Clay.
A recent BBC News Magazine piece set out the dangers within theVictorian or Edwardian home. But there were plenty of ways to come a cropper outside the home.
1. Killed by a mouse
An equation familiar to anyone who's sat through a few old episodes of Tom and Jerry. Women + Mice = localised uproar. It's a sexist old TV trope, of course, but it played out for real in England in 1875, when a mouse dashed suddenly on to a work table in a south London factory.
Into the general commotion which followed, a gallant young man stepped forward and seized the rodent. For a glorious moment, he was the saviour of the women who'd scattered. It didn't last. The mouse slipped out of his grasp, ran up his sleeve and scurried out again at the open neck of his shirt. In his surprise, his mouth was agape. In its surprise, the mouse dashed in. In his continued surprise, the man swallowed.Continued
at December 25, 2013