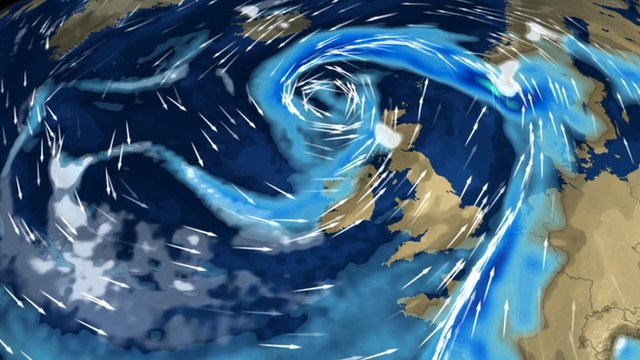 Thousands have had their Christmas travel plans disrupted and around 130,000 homes are still without power as severe weather continues in the UK.
Trains have been cancelled, roads flooded and there have been long delays and cancellations at Gatwick Airport.
Southern England has been badly affected but the storm has been heading north, with Northern Ireland, Wales and Scotland now bearing the brunt.
In Devon, a man has died after jumping into the River Lemon to rescue his dog.
Witnesses saw the 46-year-old enter the river before being swept away, police said.
The dog escaped unharmed, but the man died at Royal Devon and Exeter Hospital, despite resuscitation attempts.
There is an Environment Agency severe flood warning - which means a danger to life - at the River Mole at Leatherhead in Surrey, with already high levels of water expected to peak around midnight. 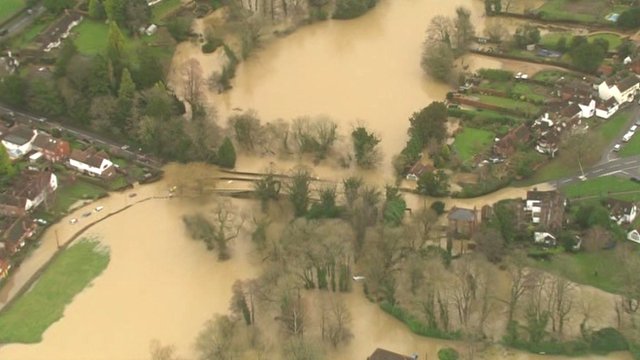 Footage of flooding around the UK
The severe weather is causing disruption at some airports. At Gatwick, apower cut at the north terminal left several thousand passengers stranded, with delays and 26 flights cancelled.
All flights due to depart from the north terminal after 13:00 GMT were moved to the south terminal, excluding those from British Airways, the airport announced. The moved flights are being delayed by around 90 minutes but those delays are expected to get shorter as time goes on. Flights scheduled to arrive at the north terminal would continue to do so.
Graziella Vella, who is six months pregnant and was due to fly to Malta to spend Christmas with her family, said travellers were "in limbo".continued
at December 24, 2013