The return of the female condom? 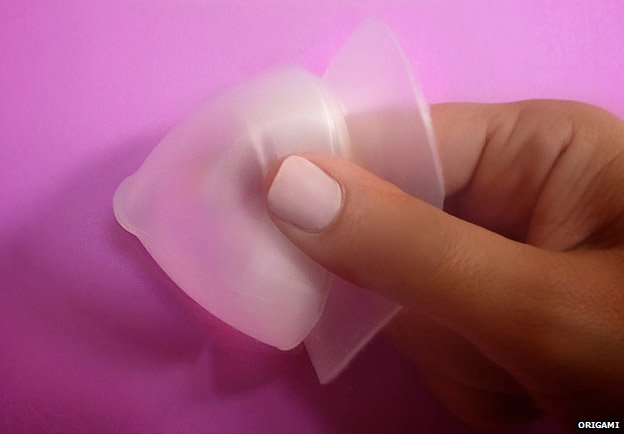 The female condom flopped when it was launched some 20 years ago, but it never disappeared entirely and now a number of companies are entering the fray with new products. Could its time have come?
Its formal name was the FC1, though many of us knew it as the Femidom, or Reality, and jokers called it all sorts of names - plastic bag, windsock, hot air balloon...
Two decades on, Mary Ann Leeper has yet to see the funny side of such quips. "I so believed in that product," she says. "I so believed that women would want to be able to take care of themselves. We were naive, or I certainly was naive."
Continue reading the main story

Why would you make fun of a product that was going to help young women stay healthy?”

Mary Ann LeeperFemale Health Company
Leeper was the president of Chartex, the company that made the FC1. Before the launch, there was an atmosphere of curiosity and anticipation, but those involved underestimated just how unfamiliar the large, slippery device would look and feel to customers in Europe and the US.
Leeper traces the backlash to a single negative article in an influential US women's glossy magazine.
"That story was the pivotal story that became like a domino effect," she says. "It was a shock to me, to tell you the truth. Why would you make fun of a product that was going to help young women stay healthy, that was going to protect them from sexually transmitted infections as well as unintended pregnancy?"

The FC2 is 17cm (6.5ins) long - the smaller ring is flexible for easy insertion
To be fair, the FC1 had something of a design flaw. Made of polyurethane, it was a bit noisy during sex, and it was inevitable that comic stories of rustling under the bedclothes would be told and re-told.Continued
at December 15, 2013