Nigerian prophet tells who will be the next Kenyan president 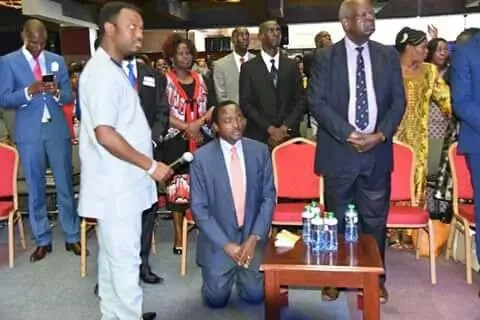 “The next president is the one who is the president now. But I see many things changing,” said the prophet.

He then advised Kalonzo to see him after the service. Immediately the service ended, Kalonzo followed the prophet.
The Wiper leader was in the company of former MP Andrew Ligale at the function.
READ ALSO: Top 10 dreadful Bible verses you’ve never heard in church
Andrew Ligale was also the chairman of the Interim Independent Boundaries Review Commission of Kenya that was set up by an Act of Parliament on May 12, 2009.
According to media reports in Nigeria, before Prophet Suleman was born, some prophets came from Warri city in Nigeria to Benin (the place of his birth) and told his parents “a prophet who would minister in God’s presence has been born”.
His parents apparently refused to listen further, because they were Muslims and did not see him leaving their fold.
According to him, he is the president of a ministry that has presence in over 42 nations of the world, with over 7 million direct followers.
at April 23, 2016