Battle turning against IS, says US Gen Martin Dempsey 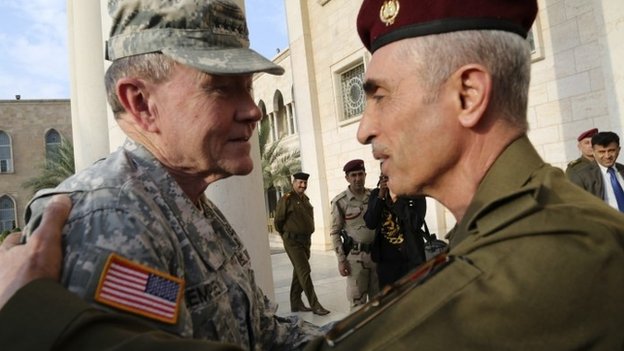 America's top general has told US troops in Iraq that momentum is turning against Islamic State militants.
Gen Martin Dempsey, on an unannounced visit, called the militants "midgets" but said the battle against them was likely to take years.
The US has launched air strikes against IS and has more than 1,000 personnel in Iraq to help to train local forces.
IS controls huge areas of Iraq and Syria, though Iraqi forces have claimed victory in some recent battles.
The Iraqi army said earlier they had driven IS from around the country's largest oil refinery near the town of Baiji.
On Friday, officials said the military had also retaken Baiji, which had been under militant control since June.
The UN recently accused IS of imposing a rule of terror in some areas of Syria, characterised by public beheadings as well as widespread rape and torture of civilians. 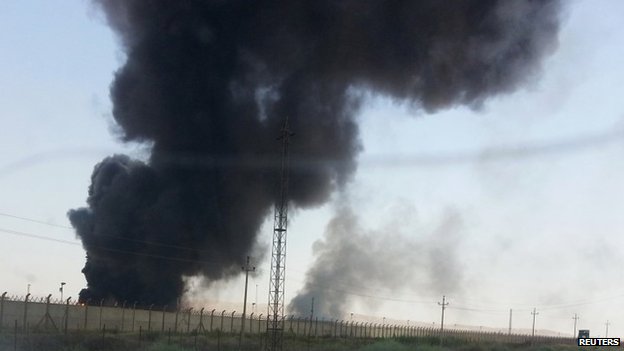 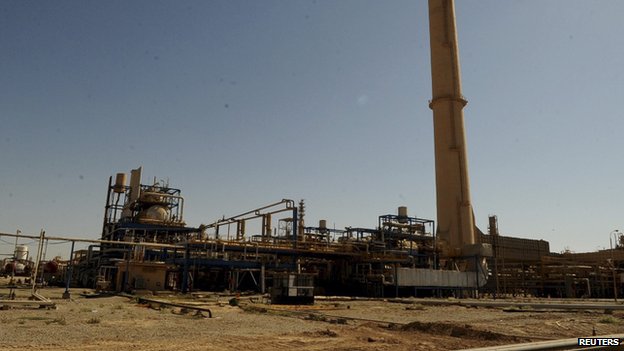 Baiji accounts for almost a quarter of Iraq's oil production 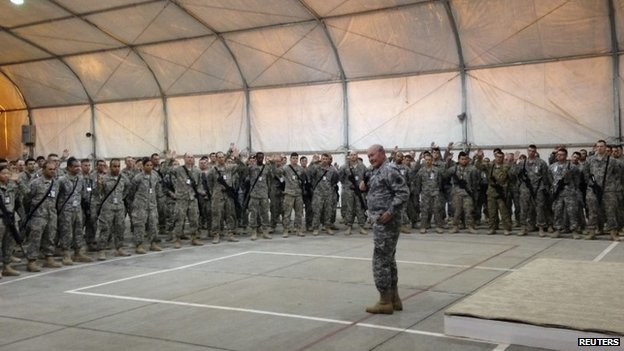 General Dempsey met US soldiers on his unannounced visit
Gen Dempsey, chairman of the US Joint Chiefs of Staff, flew to Baghdad for talks with Iraq officials, and to check on the progress being made against IS.
According to Reuters news agency, whose reporters travelled with him, he told a group of marines at the US embassy in Baghdad that US forces had helped "pull Iraq back from the precipice".
He said IS militants were not a force of 10ft tall fighters, but were instead "a bunch of midgets running around with a really radical ideology".
However, he stressed that IS could not be defeated by the US alone.
The fight could take "several years", he said, and would rely on the Iraqi government building trust between Sunnis and Shias.
Earlier this week, the general told the US House of Representatives armed services committee that the door remained open to sending US combat troops to help Iraqi forces retake the northern city of Mosul, which IS overran in June.
"I'm not saying I'm recommending that but we're certainly considering it," he told the committee.
The US pulled combat troops out of Iraq in 2011, ending an eight-year military intervention.
It left a small contingent of trainers, which it has built up to a roughly 1,400-strong group.
President Barack Obama recently authorised sending 1,500 more trainers.
The BBC's Hugh Sykes in Baghdad says any American troops engaging in combat with IS would be on the same side as a number of Iranian-backed militia groups.
Our correspondent says Iran has also claimed it prevented the collapse of the Iraqi state when it helped to protect the city of Irbil from an IS advance earlier this year.