Bill Cosby says he will not comment on sex abuse claims 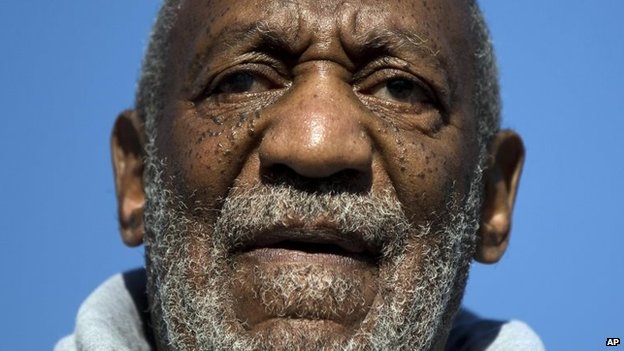 Bill Cosby will not comment on "decade old" allegations of sexual assault which have resurfaced in recent weeks, his lawyer has said.
In a statement, he said the charges had been discredited, and that repeating them "does not make them true".
Several women have accused the comedian of sexual assault going back almost 30 years.
Mr Cosby has always denied the accusations, and has never faced any charges.
His lawyer said the actor "would like to thank all his fans for the outpouring of support and assure them that, at age 77, he is doing his best work".
He said Mr Cosby did not intend to "dignify" the allegations with a comment and would make no further statements.
Radio silence

The claims resurfaced last month after comedian Hannibal Buress referred to them during a performance.
In 2004, Andrea Constand filed a lawsuit against Mr Cosby which was settled two years later for an undisclosed sum of money.
On Thursday, The Washington Post published one woman's account of abuse which she said occurred when she was a teenager.
Mr Cosby was also subject to ridicule on Twitter this week after he asked followers to caption a picture of him. Several users responded by referring to the assault allegations.
In an interview with NPR on Saturday, Mr Cosby was asked about the accusations but remained silent.
Presenter Scott Simon said "there are people who love you who might like to hear from you about this", but Mr Cosby said nothing, shaking his head to signal "no" in response.
The veteran entertainer was due to appear on the Late Show with David Letterman next week but his name has since been replaced. It is not clear whether Mr Cosby or the show cancelled his appearance.
The comedian is best known as the character Cliff Huxtable, patriarch of an African-American family in the hit TV sitcom The Cosby Show.
at November 16, 2014