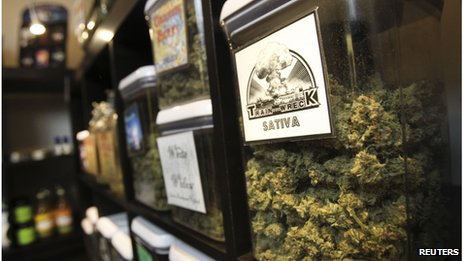 Possession of marijuana is poised to become legal in the US state of Washington, a month after voters opted for decriminalisation.
From midnight (08:00 GMT) anyone aged 21 and over will be allowed to carry up to 1oz (28.4g) of cannabis, but smoking it in public will remain illegal.
It has been legal for medical use in the state since 1998.
Washington and Colorado both voted to decriminalise the drug, which remains illegal under US federal law.
However, there will also be nowhere to legally purchase marijuana in the state for at least another year,
It also remains unclear how federal law enforcement agencies will deal with liberalisation of drug laws in Washington and - eventually - Colorado.
'Uncharted water'
Any decision to crack down on states with liberal drug laws could affect Washington's plans to raise tax revenues from a licensed and controlled marijuana market. 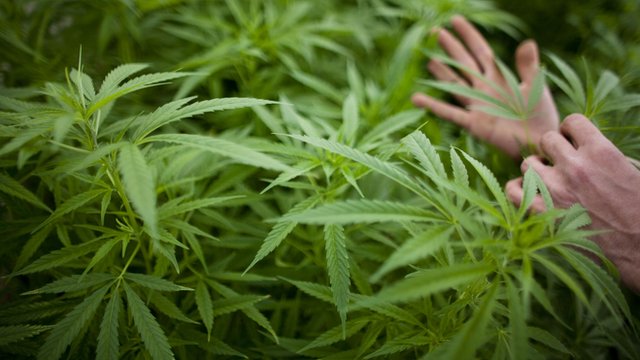 Could legalising marijuana save the US economy?
"We're in uncharted water here," Seattle City Attorney Pete Holmes said at a news conference on Wednesday.
"We've struggled with prohibition for a century," Mr Holmes said,according to the Seattle Post-Intelligencer.
"It's going to take some time to substitute a state licensed and regulated system."
Backers of the Washington law insist it does not encourage or require anyone to break federal law.
But a regional federal prosecutor in the state, Jenny Durkan, told the Post-Intelligencer that "growing, selling or possessing any amount of marijuana remains illegal under federal law," no matter what state law comes into effect in Washington.
The drug remained in the same category as cocaine, heroin and methamphetamine, she said, adding that only Congress could change that designation.
at December 06, 2012