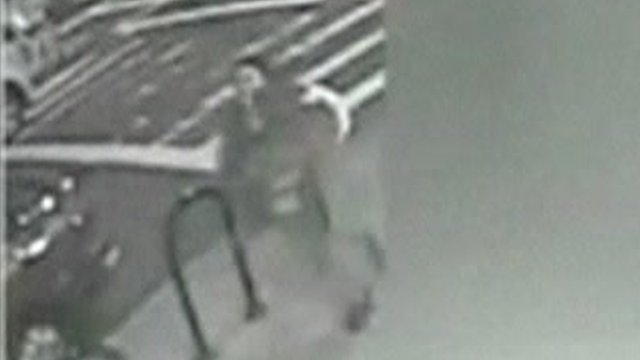 Police in New York have arrested a woman in connection with the death of a man pushed in front of a subway train.
Prosecutors said Erika Menendez, 31, was charged with second-degree murder as a hate crime.
She is alleged to have said that she hates Hindus and Muslims.
The victim, 46-year-old Sunando Sen, originally came from India. Witnesses said he was standing on a platform at a Queens subway station when a woman shoved him on to the tracks.
Mr Sen was a resident of Queens and ran a printing business on the Upper West Side.
Prosecutors said in a statement that Ms Menendez, from the Bronx, admitted pushing the victim, saying: "I pushed a Muslim off the train tracks because I hate Hindus and Muslims ever since 2001 when they put down the twin towers I've been beating them up."
Queens District Attorney Richard A Brown said that, according to the charges, Ms Menendez was seen talking to herself while seated on a bench at the subway station and was also seen pacing on the platform and muttering to herself.
"The defendant is accused of committing what is every subway commuter's worst nightmare - being suddenly and senselessly pushed into the path of an oncoming train," he said.
"The victim was allegedly shoved from behind and had no chance to defend himself. Beyond that, the hateful remarks allegedly made by the defendant and which precipitated the defendant's actions can never be tolerated by a civilised society."
Fled the scene
Mr Sen's death on Thursday was the second such killing this month.
Naeem Davis was charged with murder in early December after allegedly pushing a passenger to his death in the Times Square subway station at the beginning of December.
New York's mayor, Michael Bloomberg, said such attacks were rare.
"You can say it's only two out of the three or four million people who ride the subway every day, but two is two too many," he told a press conference.
New York police spokesman Paul Browne said in a statement that investigations into the incidents were continuing.
at December 30, 2012

Some subway systems around the world are actually being retrofitted with safety systems to cut down on push-deaths (and accidents and suicides). So why not New York City? Last year, 146 people were struck by subway trains in New York City. Of those, 47 were killed. That amounts to one accident every 2.5 days, many of which would conceivably have been prevented by a feature now widely used around the world.