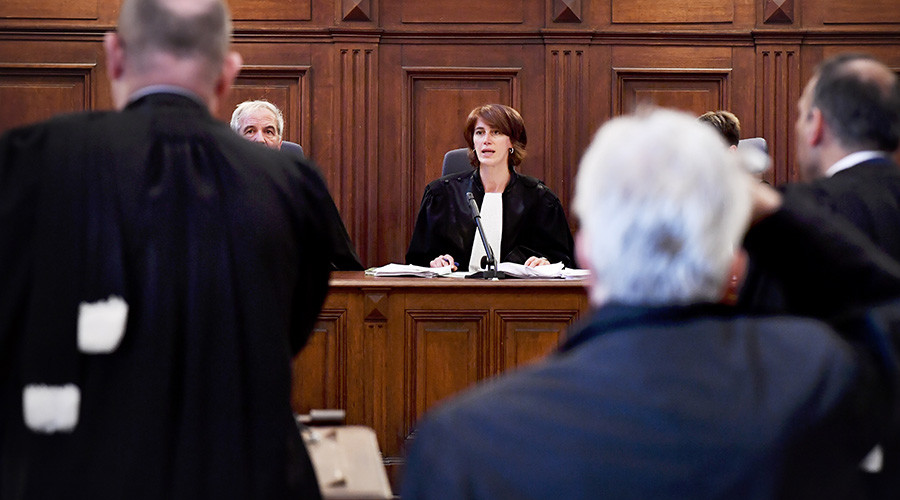 FILE PHOTO: A judge speaks during the so-called "Conrad princesses" trial in front of the Brussels criminal court for human trafficking, on May 11, 2017 © Dirk Waem / Belga / AFP
Eight princesses from the United Arab Emirates were given suspended jail terms and fined in a human trafficking case in Belgium, escaping the harsher charges of inhumane treatment.
The case against Princess Sheikha al-Nahyan of Abu Dhabi's ruling al-Nahyan family and her seven daughters had been dragging on since 2008.
Read more 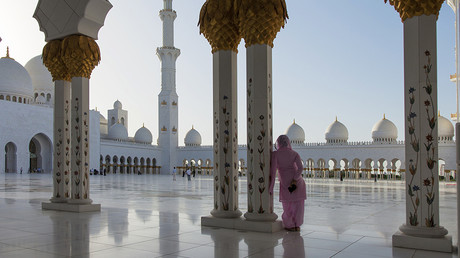 8 UAE princesses stand trial in Belgium for ‘continually abusing’ servants
Back then, a servant managed to escape from a luxury Brussels hotel booked by the UAE royals and complained of mistreatment to the local police.
On Friday, a criminal court in Brussels found Princess Shekha and her daughters guilty of human trafficking and degrading treatment. They were handed 15-month suspended sentences and ordered to pay a fine of €165,000 (US$184,000), with half of the sum suspended.
However, the eight women, who never appeared in court during the trial, were acquitted of more serious charges of inhumane treatment due to not being actual employers of the servants, De Morgen newspaper reported.
Defense lawyer Stephen Monod expressed his satisfaction that the case was finally resolved, Reuters reported.
“Belgian justice has appropriately assessed this case, which has generated many misconceptions,” a statement by Monod said.
During the trial, the defense has repeatedly blamed the Belgian police of violating the rights of their clients by searching their hotel rooms and questioned the credibility of the testimonies by the witnesses.
Read more 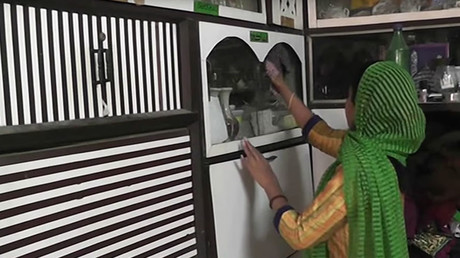 Torture, abuse, & harassment: ex-housemaids describe horrors of working in Saudi Arabia to RT
The UAE princesses reportedly occupied a whole floor at the Conrad Hotel in Brussels for several months in 2007 and 2008.
They brought 23 servants of eight different nationalities with them, who “were not paid” and “worked day and night and had to sleep on the floor,” according to the Tribune de Geneve paper.
The servants were forbidden from leaving the hotel and were also “shouted at and abused” by the princesses.
In January, the European Court of Human Rights reviewed a case involving a family from Dubai bringing three Philippine servants to Vienna.
The maids were reportedly forced by their masters to take care of the children and household round the clock, receiving threats after every mistake they made.
However, the court decided that the trial had “no realistic chance of success” as the employers had already left the EU and there is no legal basis between the UAE and Austria to carry out such proceedings.
at June 23, 2017