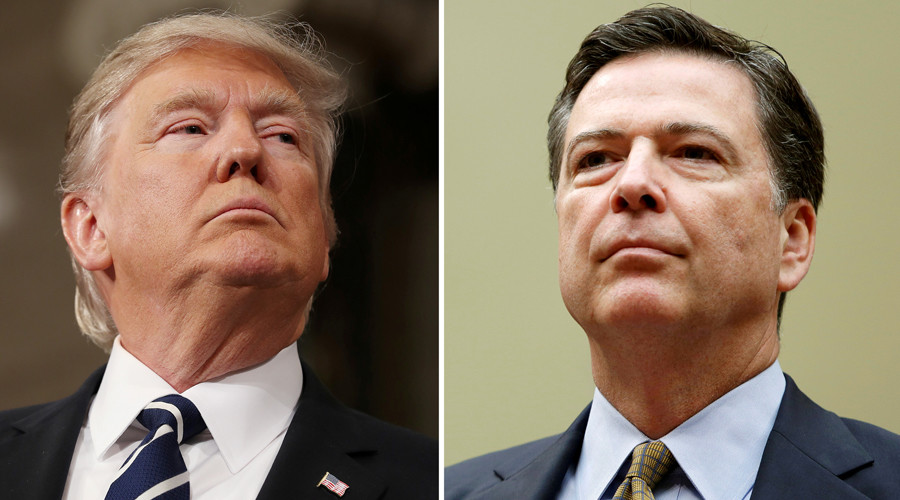 © Gary Cameron / Reuters
101
The Senate Intelligence Committee has published fired FBI Director James Comey's prepared remarks the day before his testimony on Capitol Hill about his ousting by President Donald Trump.
Thursday morning’s open hearing will be Comey’s first public comments since he was abruptly fired by Trump on May 9. The seven-page text of Comey prepared remarks was released by the Senate Intelligence Committee on Wednesday afternoon.
Comey’s testimony outlined all of his meetings with Trump, the first of which was a January 6 briefing at Trump Tower in New York City on the Steele Dossier. Ahead of the meeting, Comey discussed with the FBI’s leadership team “whether I should be prepared to assure President-Elect Trump that we were not investigating him personally,” Comey wrote, noting the bureau did not have an open counterintelligence case on him.
Senate Intelligence Committee publishes Comey's prepared remarks by RT America on Scribd
The then-FBI director “offered that assurance,” even though Trump did not “directly [ask] the question.”
Comey’s practice of documenting his meetings began after the first one-on-one. There were nine total conversations between the two men over the course of four months: three in person and six on the phone.
“I felt compelled to document my first conversation with the President-Elect in a memo. To ensure accuracy, I began to type it on a laptop in an FBI vehicle outside Trump Tower the moment I walked out of the meeting. Creating written records immediately after one-on-one conversations with Mr. Trump was my practice from that point forward. This had not been my practice in the past,” he wrote
at June 07, 2017