Trump suggests he bluffed about tapes to keep Comey honest 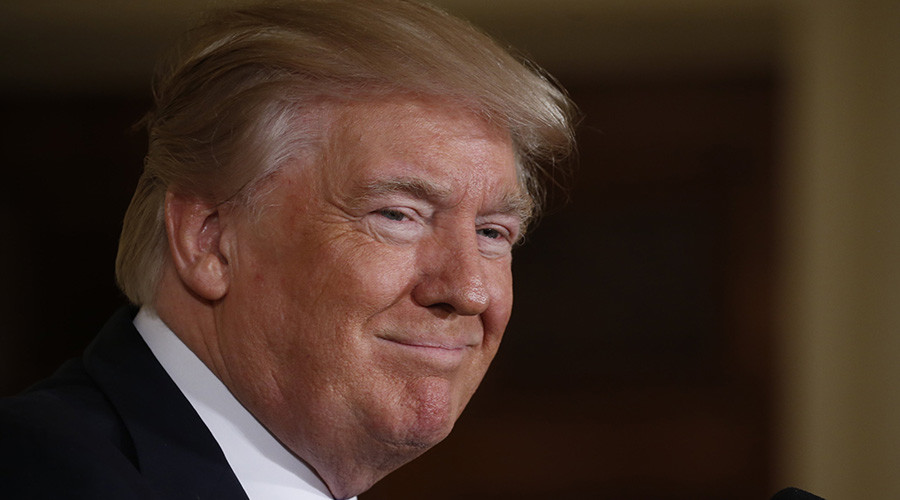 © Jonathan Ernst / Reuters
President Donald Trump revealed that he kept ousted FBI Director James Comey guessing about the existence of recordings of their interactions so that Comey would “tell what actually took place” when he testified on Capitol Hill.
“When he found out there may have been tapes out there, I think his story may have changed,” Trump said in an interview with Fox News.
On May 11, shortly after Trump abruptly fired him, the former FBI director had a friend leak to the New York Times a portion of a conversation he said he had with Trump. The next day Trump tweeted, “James Comey better hope that there are no ‘tapes’ of our conversations before he starts leaking to the press!”
For over a month, the president kept everyone guessing, refusing to answer whether or not the tapes existed.
Trump tweeted Thursday he doesn’t have any tapes of his conversations with the former FBI director. The admission came a day before a House Intelligence Committee deadline to turn over any recordings.
On June 8, Comey testified in Congress that he felt something inappropriate was happening when the president told him, “I hope you can see your way clear to letting this go, to letting Flynn go. He is a good guy,” referring to an FBI investigation into his former national security adviser, Michael Flynn. Many Democrats have accused Trump of obstruction of justice for the perceived request and for Comey’s firing.
READ MORE: Ex-FBI chief Comey: Many news stories about Russia are ‘just dead wrong’
However, when asked during the Senate Intelligence Committee hearing if Trump “at any time” asked him “to stop the FBI investigation into Russian involvement in the 2016 US elections,” Comey replied: “Not to my understanding, no.”
Comey also told the senators that Trump never mentioned Flynn again after that initial conversation.
at June 23, 2017