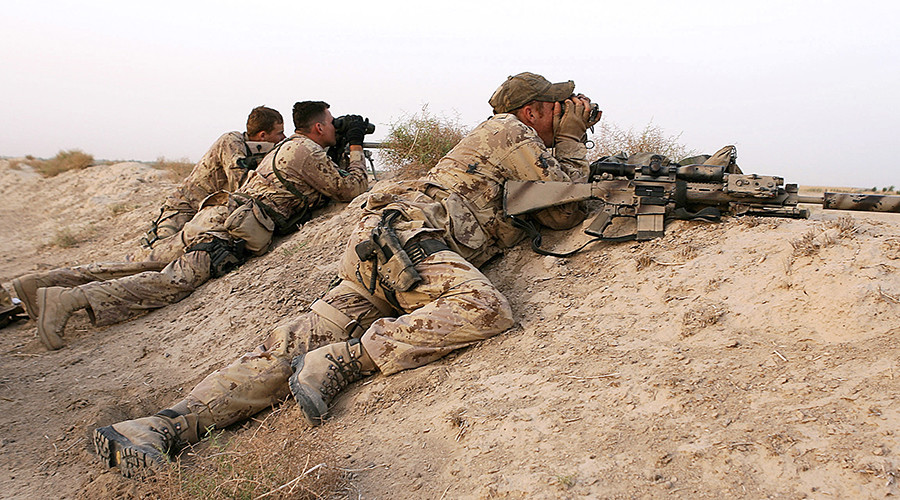 FILE PHOTO: A Canadian sniper team scan the landscape, Panjwayi, Afghanistan, 28 April 2006 © John D Mchugh / AFP
A sniper for Canada's elite special forces in Iraq has broken the world record for the longest confirmed kill shot, the country's military has confirmed to several media. The fatal shot targeted a member of Islamic State (IS, formerly ISIS/ISIL).
“The Canadian Special Operations Command can confirm that a member of Joint Task Force 2 successfully hit a target at 3,540 meters (2.19 miles),” the unit said in a Thursday statement.
Read more 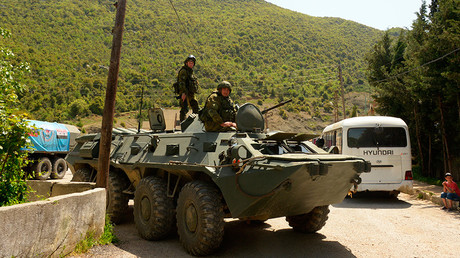 Russian military adviser killed by sniper fire in Syria – MoD
“For operational security reasons and to preserve the safety of our personnel and our Coalition partners we will not discuss precise details on when and how this incident took place.”
However, the Globe and Mail - the first to report on the incident - said that the operation took place "within the last month."
The sniper used a McMillan TAC-50 sniper rifle when firing at the militant from a high-rise building. The shot reportedly took less than 10 seconds to hit the IS fighter.
The achievement marks a new world record for sniper kill shots. The previous record was held by British sniper Craig Harrison, who shot a Taliban fighter with a 338 Lapua Magnum rifle from about 2,475 meters (1.53 miles) away in 2009.
“The shot in question actually disrupted a Daesh (IS) attack on Iraqi security forces,” a military source told the newspaper. “Instead of dropping a bomb that could potentially kill civilians in the area, it is a very precise application of force and because it was so far way, the bad guys didn’t have a clue what was happening.”
The kill was independently verified by video footage and other data, according to the newspaper.
Read more 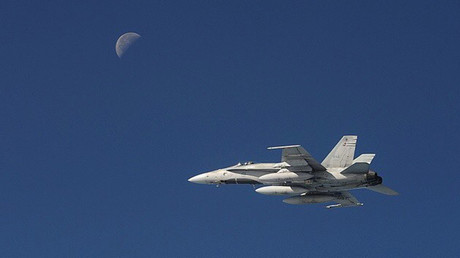 Canada forces missed targets in Iraq 17 times, no reasons or timeline given – report
However, the Canadian military insisted that it is still merely taking part in an "advise and assist" role for Iraqi forces.
"This takes the form of advice in planning for their operations and assistance to defeat Daesh through the use of coalition resources," the statement said, as quoted by CBC.
Canada has been part of the war against IS since 2014. Although Prime Minister Justin Trudeau's liberal government ordered the withdrawal of six Canadian fighter jets that were involved in targeted IS positions in Iraq and Syria in 2015, it has expanded the number of special forces involved in training missions with Kurdish Peshmerga forces.
IS has responded by repeatedly calling for attacks on Canada. In October 2014, a man who claimed allegiance to the group plowed his car into two Canadian soldiers in a Quebec mall, killing one.
Just two days after that attack, a Canadian-Libyan by the name of Michael Zehaf-Bibeau shot and killed a Canadian soldier at the National War Memorial before breaking into parliament buildings. He was shot dead by authorities, with former Prime Minister Stephen Harper saying he had been motivated by Canada's participation in the war against IS.
at June 23, 2017