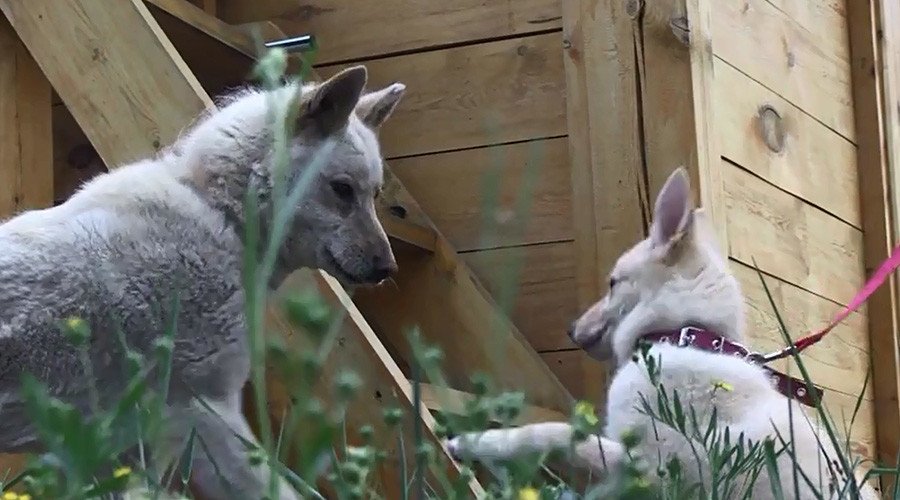 © Ruptly
159
Lab-produced dogs cloned from bio material taken from the two best representatives of the Yakutian Laika species have arrived in Russia from South Korea for genetic research. One met its ‘original mother’ as a Ruptly crew filmed the moment.
The puppies, which were cloned by South Korea’s Sooam Biotech Research Foundation, one of the world’s leading dog cloning laboratories, arrived in Yakutsk, the capital of Siberia’s Yakutia Republic, on Friday. The research was led by Dr. Hwang Woo Suk and his team.
The scientists succeeded in cloning the Yakutian Laikas, a type of hunting dog from Northern Russia and Russian Siberia, from a 12-year-old male and a 6-year-old female.
One of cloned puppies is a two-month-old girl named Kyrachana, which means ‘beautiful’ in the Yakutian language. Another is a 3-month-old boy named Belekh, which means ‘present’.
Ruptly visited the farm where Kyrachana is now living when she met her ‘original mother’ for the first time.
Read more 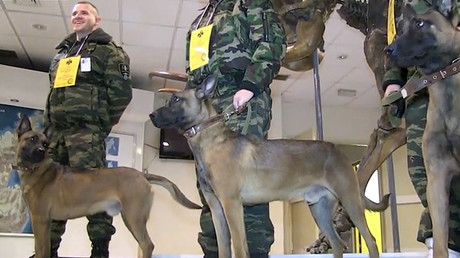 Doggy doubles: Cloned canines to assist Russian police in Siberia (VIDEO)
“I can’t really believe that it [the puppy] is a clone. If you look at the original, you can see that they both look alike,” the dogs owner Dmitry said, adding that the puppy had been cloned from a part of the mother dog’s ear.
The collaboration with the South Korean scientific laboratory is aimed at saving the original Yukutian Laika breed, whose population has seen drastic decline over past decades due to cross-breeding.
The canines were cloned in the Sooam Biotech Research Foundation, which is “focused on advanced biotechnology for industrial and biomedical applications using animal cloning and pluripotent stem cells combined with transgenic technology,” the company’s website says.
However, not all of the cloned dogs are pets. The laboratory has replicated the best military and police dogs to assist the South Korean police, and many cloned dogs currently work in police forces in the US and China.
In November of 2016, the company sent three cloned Belgian Malinois to join police forces in Yakutsk.
Animal cloning is not allowed everywhere in the world. In 2015, the EU Parliament banned the cloning of animals, as well as importing their descendants.
at June 24, 2017