My Nazi grandfather, Amon Goeth, would have shot me

Jennifer Teege was shocked to discover her grandfather was the Nazi commandant of Plaszow concentration camp, Amon Goeth. Teege was born after her mother, Goeth's daughter, had a brief affair with a Nigerian student. She has just published a book, Amon My Grandfather Would Have Shot Me. This is her story.
Five years ago in northern Germany, in Hamburg, I was in the central library and I came across a book. It was wrapped in a red cover and for some reason I was immediately drawn to it.
The title, translated into English, was I Have to Love My Father, Right? and it had a small picture of a woman on the front who looked faintly familiar.
So I took the book and quickly went through it. There were a lot of photos and as I looked at the book I felt something was wrong. 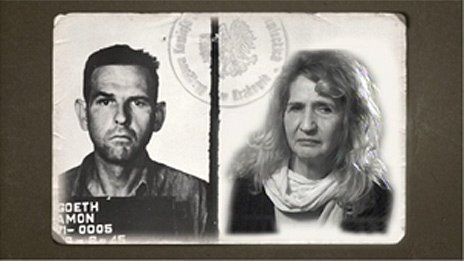 Teege's grandfather Amon Goeth and her mother Monika Hertwig
At the end, the author summed up some details about the woman on the cover and her family, and I realised they were a perfect match with what I knew about my own biological family.
Continue reading the main story 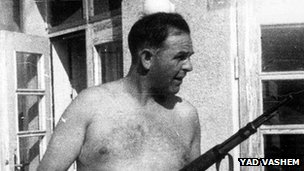 So at that point I understood that this was a book about my family history.
The woman in the picture was my mother, and her father was Amon Goeth, the commandant of Plaszow concentration camp near Krakow.
My mother had told me nothing, but I did not grow up with my mother - she gave me up as a very small child.
A few weeks after I was born I was put in a children's home where I sometimes saw my mother. Then I grew up in a foster family that adopted me when I was seven years old. So I saw my mother until the age of seven but after that we had no contact - except for once.
This was when I was in my 20s and she probably did not tell me anything at this point because she wanted to protect me - she thought it would be better if I did not know about my real past, about the truth, about my family, about my grandfather. 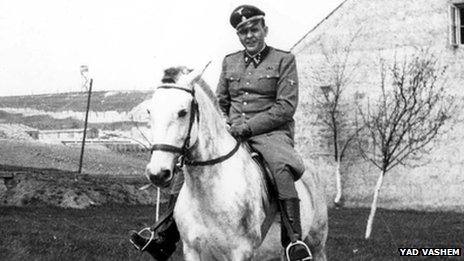 Amon Goeth at Plaszow
I was completely shocked when I found out - it was like the carpet was ripped from under my feet.
I couldn't do anything. I went home, I took the book with me, and at home I read it cover to cover. There were details about my mother, my grandmother and my grandfather, Amon Goeth.
I slowly started to understand the impact of what I had read. Growing up as an adopted child I did not know anything about my past, or only very very little. Then to be confronted with information like this was so overwhelming.
It was weeks, a month, until I really started to recover.
I had seen the film Schindler's List, in which Ralph Fiennes plays my grandfather. I knew he was playing a man called Goeth but I had not made the connection - it never occurred to me that we were related. 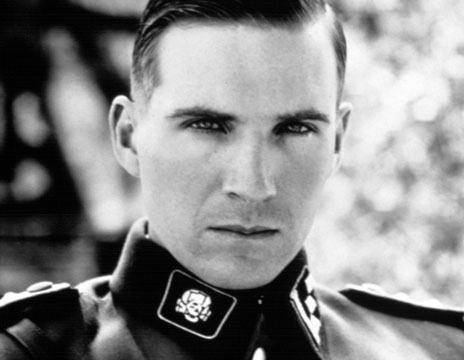 Ralph Fiennes as Amon Goeth in Schindler's List
I think if I had known all of this when I was younger, it would have been easier because I would have had a chance to integrate it into my life. Getting the information so spontaneously, so out of the blue, it was almost impossible to make it fit in with my understanding of who I am.
Continue reading the main story

It was very distressing to know that Amon Goeth and I are genetically linked. I feel part of it, but still there is a distance - which is a difference between me and my mother, because she grew up with her own mother (with my grandmother) and for her it was difficult to leave the past behind.
I have tried not to leave the past behind but put it in a place where it belongs, which means not to ignore it, but not to let it overshadow my life.
I am not a reflection of this part of my family story but I am still very connected to it. I try to find a way to integrate it into my life.
It is a story that is very unique and very unusual, and a story that has a deeper meaning. It is more about the universal question of how to deal with the weight of the past on the present - and it should show that it is possible to gain personal freedom from the past.
Jennifer Teege spoke to World Update on the BBC World Service.
You can follow the Magazine on Twitter and on Facebook