The FBI files of the rich and famous 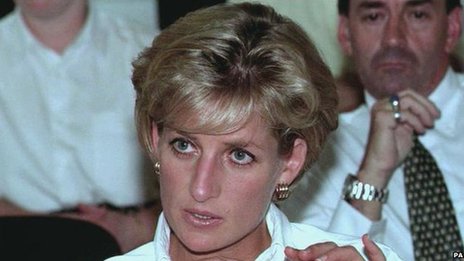 The FBI has released its investigative file on Apple co-founder Steve Jobs. Who else did its agents keep tabs on, and why?
Bud Abbott and Lou Costello are perhaps best known for their comedy sketch Who's on First?
But in the 1950s, the duo caught the FBI's attention for other reasons.
"A police informant furnished information to the effect that Bud Abbott, the well-known motion picture and television star, is a collector of pornography, and alleged he has 1,500 reels of obscene motion pictures," an agent wrote in an FBI file.
Of Costello, agents reported: "Information was secured reflecting that two prostitutes put on a lewd performance for Lou Costello," for which they were paid $50 each.
On Thursday, the FBI released a far less salacious file on Steve Jobs, which was compiled in 1991 after President George Bush Sr weighed appointing him to an international trade council.

How to obtain an FBI file

The FBI has also compiled, and subsequently released to the public, hundreds of files on movie stars, US and foreign political figures, athletes, writers, musicians and others.
Some, like late model Anna Nicole Smith, turn up in FBI files because they had been threatened with extortion or violence.
Others, like writer Norman Mailer or actor Charlie Chaplin, were suspected communist sympathisers, and those like John Lennon were watched for their involvement in anti-war politics.
During the era of legendary FBI director J Edgar Hoover, "you could find a reason to open a file on anyone", says Steve Rosswurm, a historian at Lake Forest College in Illinois and author of a book about the FBI's dealings with the Catholic Church.
"The reasons for the surveillance are as varied as the people being watched," said British writer Nicholas Redfern, author of Celebrity Secrets: Official Government Files on the Rich and Famous. 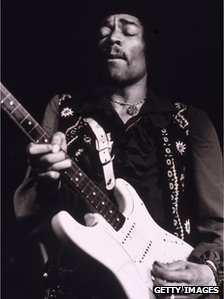 The FBI compiled a file on Jimi Hendrix to aid Canadian police
"It was very much dependent upon the character or the situation the subject of the file was in."
Today, the bureau's Cold War-era fears of communist infiltration, obscenity and homosexuality sound almost quaint.
The early rock and roll song Louie Louie by the Kingsmen, for instance, was the subject of a 119-page file. The lyrics, written in a quasi-Caribbean metre, are famously difficult to discern.
Some, including an official at a Florida high school and Indiana Governor Matthew Welsh, suspected the words were secretly obscene, and the FBI launched an investigation.
"The laboratory is requested to determine if enclosed record Louie Louie can be considered obscene for purposes of prosecution," an agent wrote in the file.
"You had this very bizarre situation: the nation's leading crime-fighting service tapping their toes, listening to Louie Louie," says Mr Redfern.
Swearing parrot The bureau's agents famously kept tabs on entertainment and political figures suspected of communist ties.
"In the Hoover period, people were investigated under suspicion of disloyalty," said Jon Wiener, a historian at the University of California-Irvine and author of a book on the FBI's investigation of John Lennon.
"Now, we consider this an abuse of power."
Lennon, for instance, was feared for his influence in the anti-Vietnam war movement, and was watched for years.
The bureau eventually released files that contained little more than bizarre details, like a description of another anti-war activist trying to teach a parrot to repeat swear words.
In 1962, Hoover requested a memo on Pulitzer prize-winning author Norman Mailer.
The subsequent file notes that Mr Mailer had admitted on a radio programme to being a "leftist".
Kidnapping He denounced the FBI as a secret police organisation and called for its dismantlement. 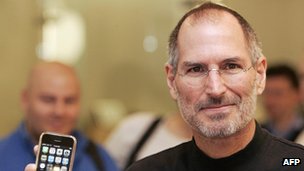 Jobs was subject to a background check after his appointment to a presidential advisory position
Agents also had Mailer down as sympathetic to Fidel Castro's communist Cuba.
Marilyn Monroe's file notes she had been linked to the Kennedys and was married for a time to the playwright Arthur Miller, who was suspected of being a communist sympathiser.
Other pop cultural figures were more obviously legitimate subjects of criminal investigation or security planning.
Frank Sinatra, for example, was rumoured to have mob ties, and his son was kidnapped at one point.
The bureau compiled a relatively brief 34-page file on guitarist Jimi Hendrix following his arrest in 1969 by Toronto police on a drug charge.
"If he is found innocent of the charge, Canadian Immigration would like to deport him anyway to the US if it can be shown he has prior criminal convictions," an agent wrote.
The FBI's file includes information about the guitarist's criminal history, including an arrest in 1961 for driving a car without the owner's permission.
Britney on file? Princess Diana's file lists the schedule for a 1989 visit to New York and notes Northern Irish political groups had planned protests. 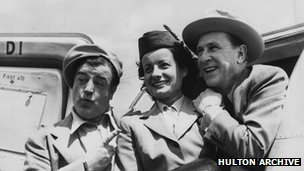 Files on Abbott and Costello, right and left, with an airline worker, cited pornography and prostitutes
After Hoover's death in 1972 the bureau underwent significant post-Watergate reform, with the government reining in its authority to launch political investigations.
"Prior to Watergate, in general the FBI was considered, certainly by the bureau and by the Department of Justice, to have a very broad definition of how to go about a domestic security investigation," says John Fox, the FBI's official historian.
Since Hoover died, "mostly the FBI files have not been very interesting", says Mr Wiener.
However, civil liberties groups say the FBI's power to pursue investigations in the name of counter-terrorism remains overly broad.
It is, of course, unclear which if any living celebrities and entertainers have been investigated by the FBI. US privacy laws forbid the release of FBI files on living people without their consent.
"Do I think there's a Britney Spears file?" asks Mr Redfern.
"No, I probably don't. She's not hanging out with the president and she's not linked with the mob, and she's not hanging out with German spies."
at February 10, 2012