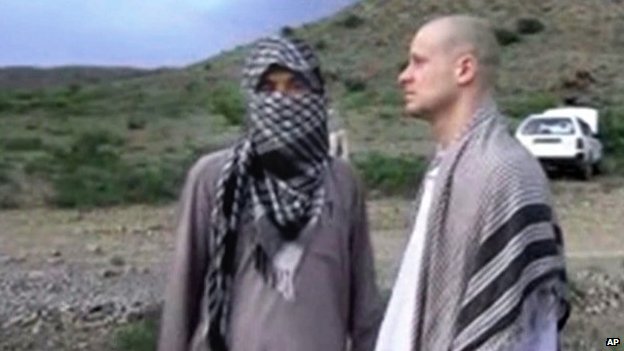 US authorities are investigating emailed death threats to the father of Bowe Bergdahl, the soldier released by the Afghan Taliban last week after five years in captivity.
Four threatening emails were being investigated, police told Reuters.
Meanwhile he is reported to have said that his captors locked him in a cage in total darkness for weeks at a time.
US opinion is divided as to whether he is a hero or a soldier who endangered his comrades by deserting his post.
On Thursday a welcoming party in the hometown of Sgt Bergdahl was cancelled.
The first of the four death threats was sent to Bob Bergdahl - Sgt Bergdahl's father - at his home near Hailey, Idaho, the town's police chief Jeff Gunter told Reuters. 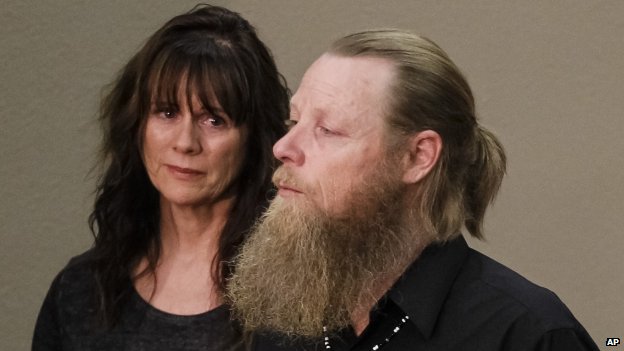 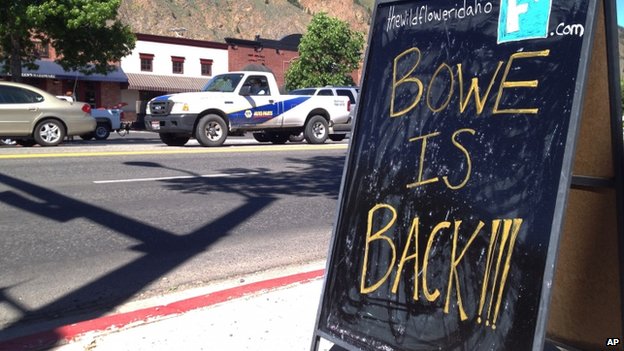 While some have welcomed Sgt Bergdahl's release, others say that he deserted his post and endangered comrades ordered to search for him
He said that Mr Bergdahl received the first threat on Wednesday, the same day as a rally in Hailey celebrating Sgt Bergdahl's release was cancelled amid controversy over the circumstances of his release.
Mr Gunter said that the threatening emails were now being investigated by the FBI.
The authorities are reported to be providing security to Bob Bergdahl and his wife, Jani.
'Deteriorating health'

The details of Sgt Bergdahl's capture in 2009 remain unclear.
Jump media player
Media player help
Out of media player. Press enter to return or tab to continue.
The Taliban released a video showing Sgt Bowe Bergdahl being handed over to US forces
Some of the soldier's former comrades say that he fell into Taliban hands after deserting his post in Paktika Province.
Critics of the deal - in which five Taliban prisoners in Guantanamo Bay were released in exchange - have alleged that six US soldiers were killed in the initial efforts to locate the missing man.
They say that 30 days' notice needs to be given to Congress before Guantanamo prisoners can be transferred.
President Barack Obama has defended his decision to go ahead with the prisoner swap.
Speaking in Brussels last week at the G7 summit he said that Sgt Bergdahl's deteriorating health was a "deep concern" and "we saw an opportunity and we seized it".
Details of Sgt Bergdahl's treatment at the hands of the Taliban have meanwhile been reported by the New York Times.
He is quoted as telling medical officials that his captors imprisoned him in a metal cage in total darkness for weeks at a time as punishment for trying to escape.
It also quoted doctors as saying that while he is physically able to travel from Germany he is not yet emotionally prepared for the rigours of being reunited with his family.
at June 08, 2014