Why are women being hanged in India? 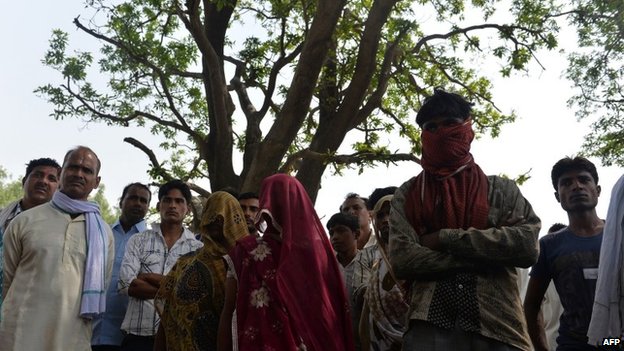 Four women have been found hanging from trees in remote villages in the Indian state of Uttar Pradesh in the last fortnight.
The families of at least three of the dead, two of them teenage cousins, have alleged that they were murdered after being raped.

Is this spate of grisly murders new?

Such crimes are not new to Uttar Pradesh, indeed to India.
As a young girl, when I visited my grandparents in my tiny ancestral village in Pratapgarh district in the state during my annual summer vacations, I sometimes heard my mother and our neighbours talk about assaults on women.
The perpetrators were almost always men from my community - high-caste Brahmins. And the victims were almost always lower-caste or Dalit (formerly untouchable) women.
Sometimes the women attacked raised the alarm and managed to escape, at others they were overpowered.
Nobody went to the police because, as my mother said, they were often considered part of the problem.
In 2011, I visited Uttar Pradesh to report on a spate of exceptionally brutal rapes there. One of the victims was 14-year-old Sonam who was found hanging from a tree inside a police station right in front of her house.

Certainly in the years since my childhood, things have changed - slowly, but surely.
"Earlier we would get to hear about two or three cases of violence against women in a day, now it's 10-12 incidents daily," says Roop Rekha Verma of Sajhi Duniya (Shared World), a Lucknow-based organisation which works with women.
Rapes, which are about 20% of all cases, "have become routine now", she adds. 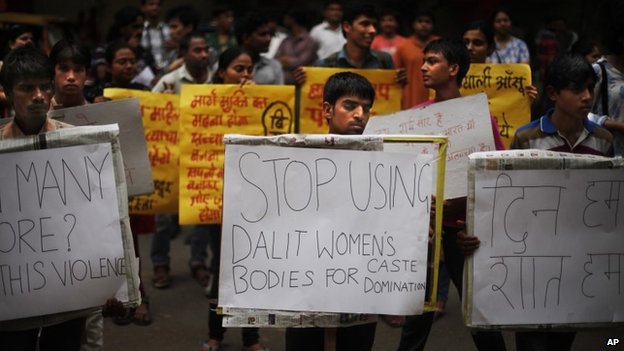 Most of the victims of gender crimes are from the poor and disadvantaged low castes
Asked whether that's because there are more cases of sexual assault now or better reporting, Ms Verma says that's the "million dollar question".
To curb violent crimes against women after the brutal gang rape and murder of a student in Delhi in December 2012, India rewrote its rape laws, making them tougher, even introducing the death penalty for especially brutal cases.
But it has hardly proved a deterrent as reports of new, ever more brutal rapes are reported daily from across the country.
"Earlier [women] were seen only at homes, in the fields or in the back lane, but now women are everywhere, they are seen much more in public spaces. So the crimes are also taking place in more spheres," Ms Verma says.

Could stricter rape laws actually be part of the problem?

That more and more families are reporting sexual assaults despite the stigma attached to such crimes could actually be a factor.
Some campaigners say it could be making women more vulnerable.
Jump media player
Media player help
Out of media player. Press enter to return or tab to continue.
Divya Arya reports on the disturbing scene which met villagers in Uttar Pradesh
"The victims are being killed because the rapists want to finish off the main witness," Ms Verma says.
"The law is very good now and they know they will be in serious trouble if a woman in her testimony points at them and accuses them of rape, there is little chance for them to escape."

Why are the women being hanged?

Ms Verma suggests this might appear the easiest way to attackers to get rid of evidence and pass murder off as suicide.
But police and state administration officials disagree and suggest in some cases guilty families are trying to pass "honour killings" off as rape and murder. 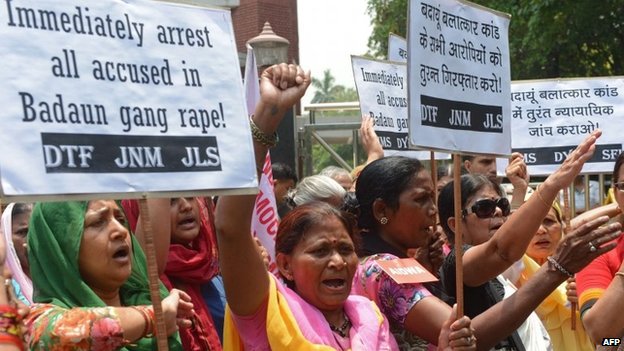 The recent hangings have outraged India
"It is not easy to hang someone," a senior police officer in the state told the BBC. "Wouldn't it be easier to throw someone in the well or in the river if someone wanted to remove the evidence?"
The head of forensic medicine and toxicology at Delhi's AIIMS hospital says hanging is "generally a method of suicide" and is "very rarely" used for murder.
"To hang someone is not easy," Dr Sudhir Kumar Gupta says, but adds, "unless someone is totally defenceless and unconscious."
I ask him if the group of men who allegedly killed two teenage cousins last month could have beaten them into submission before hanging them?
"Maybe," he says.

India's most populous state with more than 200 million people is also one of the poorest states with more than 40% of its population living below the poverty line. 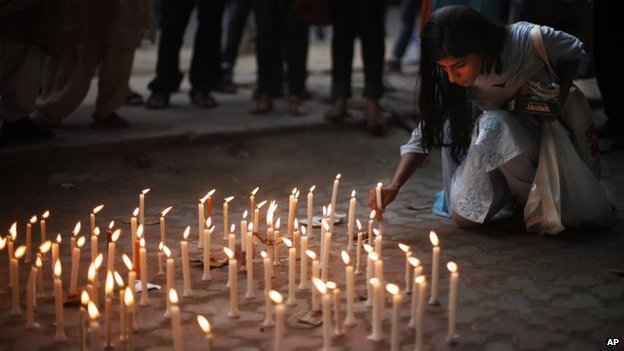 Last year, India rewrote its rape laws, making them tougher, but it has not been a deterrent
Like much of north India, the state is still largely patriarchal and feudal and women are regarded as inferior to men.
It's also a society deeply divided along caste, gender and religious lines and these biases are deeply entrenched.
Two weeks ago, when a photograph of the two teenage cousins hanging from the branches of a mango tree appeared on news websites and social media, there was outrage across India.
It brought people out of their homes in the state capital, Lucknow, to protest against government indifference in the face of rigid social hierarchies - and demand justice.
at June 12, 2014