Iraq crisis: will the calm in Isis-held Mosul last?

Previous Next
By Jim MuirBBC News, on the outskirts of Mosul

Jump media player
Media player help
Out of media player. Press enter to return or tab to continue.
In many ways, life in Mosul continues as normal
Continue reading the main story

As the main road from the east passes into the outskirts of Mosul, you can see shimmering in the heat-haze a black banner hanging over the first checkpoint manned by fighters from Isis a few hundred metres away from the front-line positions held by the Kurdish peshmerga forces.
That's about as far as it's safe for an obvious foreigner to go.
Isis (the Islamic State in Iraq and the Levant) is keeping a low profile and ruling Mosul, Iraq's second city, with a relatively light hand at the moment. It is sharing control with an array of other rebel forces - dissident Sunni tribes, disgruntled former army officers, adherents of Saddam Hussein's old Baath Party, and others.
But Isis is Isis, and it has a proven track record of abducting foreigners - most recently, 49 Turkish citizens from the consulate in Mosul, who are the focus of intense negotiations to obtain their freedom.
Bringing improvements?

But for those of Mosul's two million or so inhabitants who didn't flee as the rebels moved in - and for the few who have come back since - life has ironically in some ways improved, at least for the moment.
Residents say the many checkpoints, blast-walls and barriers which hampered movement round the city when government forces were there, have been taken down, making moving around much easier.
Also gone are the frequent bomb attacks and shootings - not surprising perhaps, since the rebels behind them are now in charge. 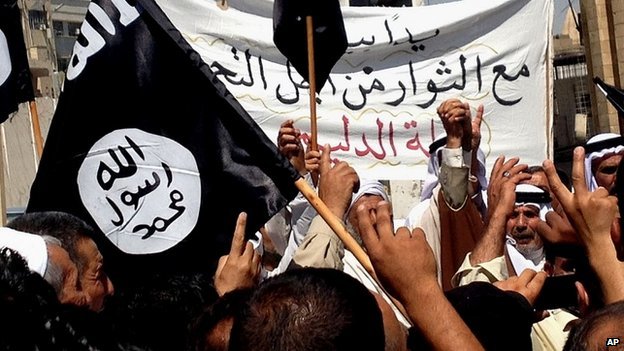 Supporters of Isis were pictured waving flags on the streets of Mosul after their takeover
The flow of traffic going in and out of the city on the main road indicated that, superficially at least, things are back to normal.
More vehicles seemed to be heading in to Mosul than coming out, and those that were coming out certainly weren't crammed with desperate refugees.
"We're just off for a family visit," said one man at the wheel of a car full of smiling women and children.
"Apart from services, things are fine. It's safe. But people are worried, they don't know what will become of Mosul," he added.
"They're frightened that the army may try to fight its way back in. We're afraid of shelling, and bombardment from the air."
Most of those coming out of the city complained about severe shortages of water, electricity and petrol. Supplies of the latter have shot up to seven or eight times the price in nearby Iraqi Kurdistan.
Women said they were not being obliged to wear the veil, although many were doing so.
All said that Isis was not bothering them. 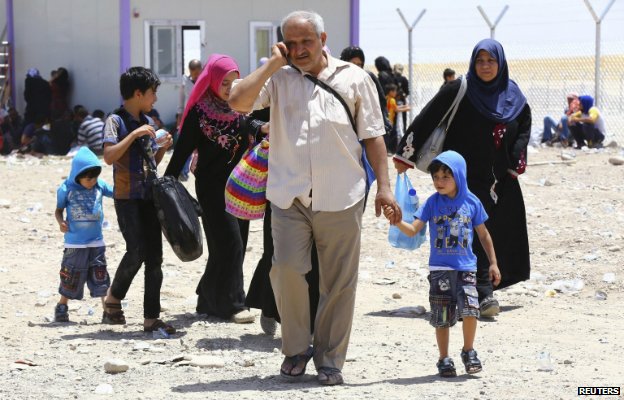 Although many families have fled the violence, some inside the city say they are safe and "things are fine"
But Isis militants are reported to have destroyed some of the symbols of the city's rich cultural heritage.
Statues to the 19th-Century composer and musician Othman al-Mosuli and the Abbasid-era poet Abu Tammam are said to have been smashed, and the tomb of Ibn al-Athir, a 12th-Century historian who travelled with Saladin, has been razed.
The tomb of the prophet Noah has apparently survived so far, despite government predictions that it would be destroyed.
Protectors or pragmatists?

Has the leopard changed its spots, or is Isis just biding its time, deferring for the moment to other rebel groups it may end up clashing with, and pragmatically courting public support to make it more difficult for it to be isolated and uprooted?
"Unlike the old al-Qaeda in Iraq under [Abu Musab] al-Zarqawi, who went after the local population, these guys are posing as the protectors of the people against a tyrannical Shia regime in Baghdad," said a senior Kurdish politician.
"They're handling it much better, and that makes them more dangerous. It will be harder to turn the tribes against them." 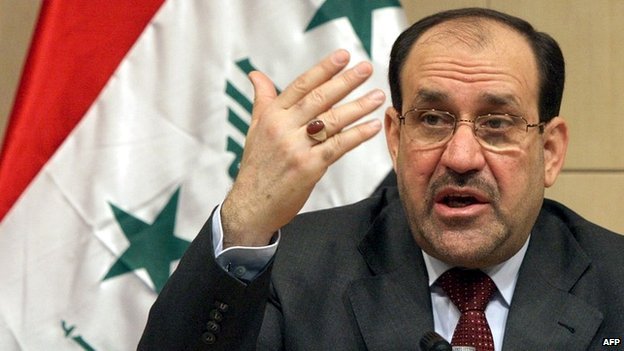 Isis appear to be trying to take on the role of protectors of the people against the Shia-led government
When the provincial capital of Raqqa in Syria fell to Isis and other rebel groups last year, militant rule was at first relatively moderate.
But later, Isis fought with the other factions and drove them out, including the official al-Qaeda franchise, the Nusra Front.
Isis then imposed its own extremely harsh brand of Islamic rule, banning music, imposing strict dress code on women, implementing severe punishments such as beheadings and amputations, and destroying churches and monuments of any kind, which it regards as idolatry.
No wonder that beneath the surface, many people in Mosul are anxious about their future.
The current calm may not last for long. And it's hard to envisage almost any future scenario that does not involve further turmoil.
at June 21, 2014