Eurofighter crashes at Spain's Moron base near Seville 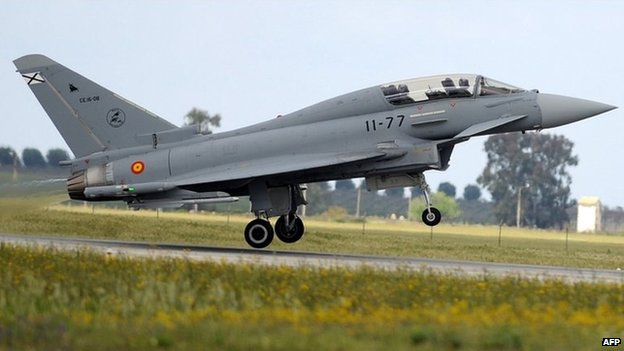 A Eurofighter jet, similar to the one pictured, crashed at the Moron air base
Continue reading the main story

A pilot has died after his Eurofighter jet crashed at a military base in southern Spain, defence officials say.
The Spanish ministry of defence named the pilot as Captain Fernando Lluna Carrascosa of the Spanish air force. He leaves behind a wife and a daughter.
The crash occurred at around 14:00 local time (12:00 GMT) at the Moron air base, south-east of Seville.
It is shared by Spain and the US Air Force, but only Spain flies the Eurofighter.
The plane belonged to the Ala 11 division of Spain's air force.
The ministry confirmed that the aircraft crashed as it tried to land during a routine training flight.
Captain Carrascosa, from Madird, had over 600 hours experience flying Eurofighter jets, the defence ministry said.
Images posted on social media showed black smoke rising from the vicinity of the air base.
A Saudi national died at the same air base in 2010 in another Eurofighter crash. 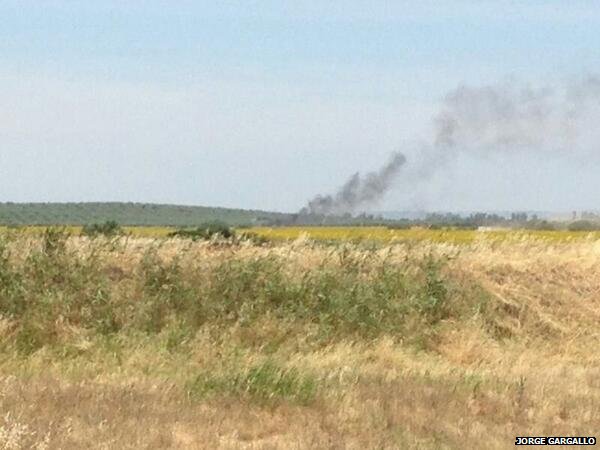 Eyewitness Jorge Gargallo took this picture of the crash site from a nearby field
at June 09, 2014