Boy missing for 11 days found at home in basement 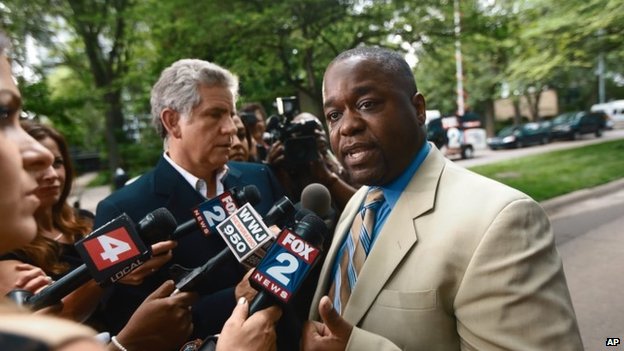 His father appeared shocked on live television as he was told his son was found alive - in his basement
A 12-year-old missing for 11 days was found by police in his own basement, and his father was told of the discovery live on television.
Charlie Bothuell was feared dead after disappearing in Detroit on 14 June.
On Wednesday, officers found the boy behind a barricade of boxes in his family's basement.
His father, Charles Bothuell IV, was appealing to HLN viewers for help when presenter Nancy Grace said Charlie was found alive and well.
The father appeared to be stunned and said "What?" 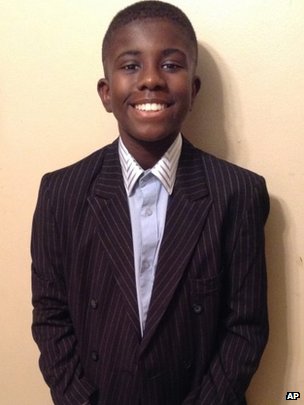 He told the presenter his family, Detroit police and FBI had searched the basement several times.
"God, they brought dogs, everything... Everybody has searched," Charles Bothuell IV said. "Oh god, my son."
"I've never seen anything quite like this," Detroit Police Chief James Craig told reporters. "But the outcome - I couldn't be happier."
Charlie was removed from the home and was given medical attention at a nearby hospital.
He was medically cleared and released on Thursday, with Police Sgt Mike Woody telling US media the boy was "doing fine".
Police also confirmed to local media they had searched the family's basement with a cadaver dog, adding investigators were not sure Charlie had been in the basement for the full 11 days.
Mr Craig told the Detroit News Charlie "won't be put back into the home until we finish our investigation".
at June 26, 2014