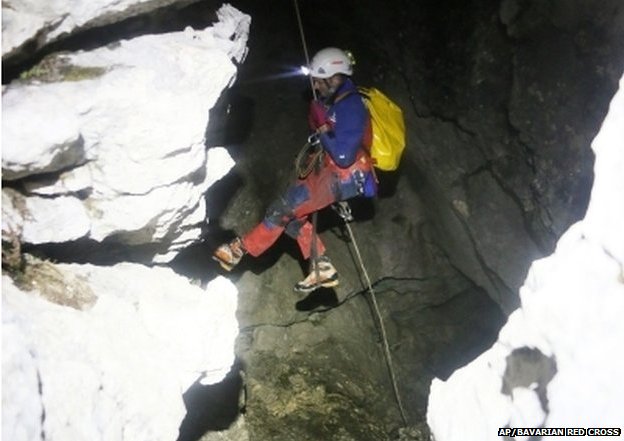 A team is trying to rescue a 52-year-old man injured in a rock fall in a 1,000m-deep (3,280ft) cave in Germany, in an operation that could take days.
The Riesending cave is Germany's deepest and it took one of the man's companions up to 12 hours to return to the surface to raise the alarm.
Some 200 people are involved in the operation, near Berchtesgaden in southern Germany.
The first rescuers reached the man in the vertical cave on Monday.
A second group, including an Austrian doctor used to cave rescues, descended some hours later, Bavarian public TV said. Another team from Switzerland was also reported to be on its way.
Jump media player
Media player help
Out of media player. Press enter to return or tab to continue.
Stefan Schneider, Bavarian Mountain Rescue Service, explains the challenges
The man, who was with two companions on a Whitsun-holiday trip in the Untersberg mountain range, suffered injuries to his head and torso in the rock fall in the early hours of Sunday. Although he was wearing headgear, it was unable to protect him from the weight of the rock.
"He is responsive but he's not doing well," an official told Sueddeutsche Zeitung.
The man was one of the researchers who discovered the cave a few years ago, German media report. 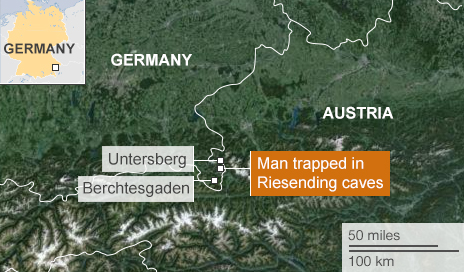 While one of his companions went to seek help, the other stayed with him. He is said to be from the Stuttgart area although authorities have not released his name.
The entrance was found in 1995, but it is only in the past dozen years that explorers have begun investigating the cave system, which is said to be full of ravines and vertical shafts.
The complex nature of the cave system, as well as its depth, is making the operation even more hazardous, officials say.
"We have shafts that go straight down 350m (1,150 ft), where you have to abseil down and climb back up on a rope," Klemens Reindl told German TV. 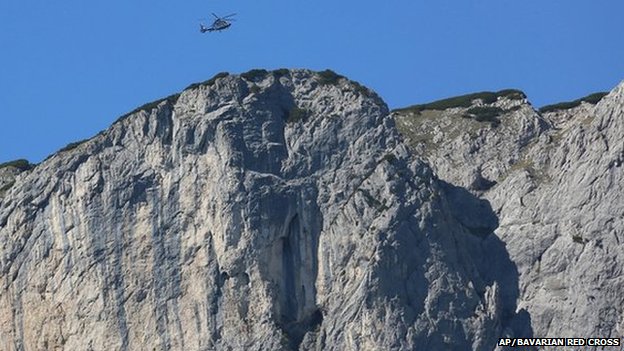 The initial aim was for alpine experts to set up a base station at a depth of 300m and then establish communications with the rescue team.
Stefan Schneider from Bavaria's mountain rescue said bringing up the injured climber would be even harder than reaching him had been: "You have to imagine it's 1,000m almost vertically, where you have to climb up with ropes and crampons."
Very few specialists were equipped to deal with such depths, he added. 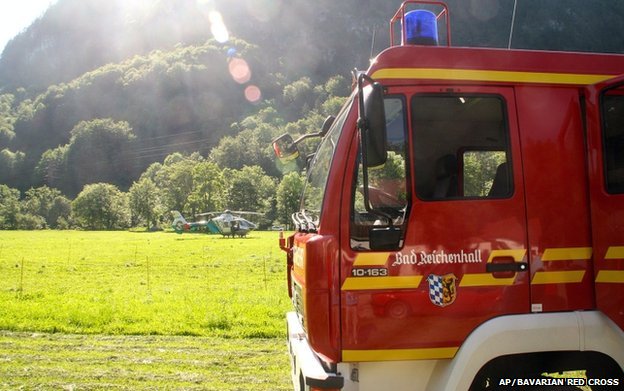 Some 200 people were involved in the rescue operation near Berchtesgaden 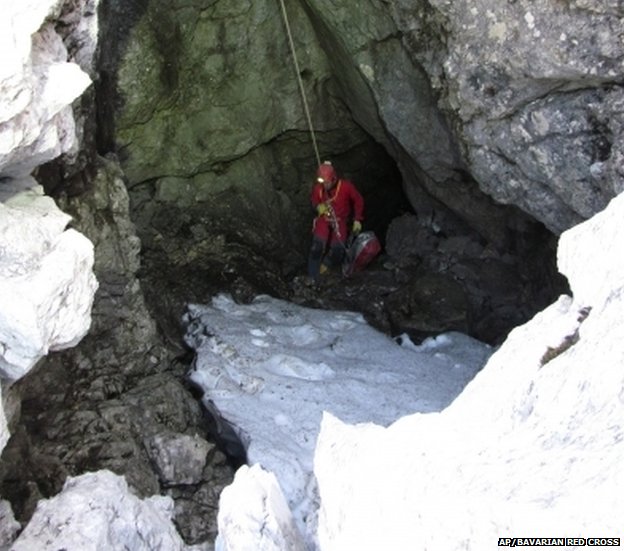