Burundi: Where jogging is a crime 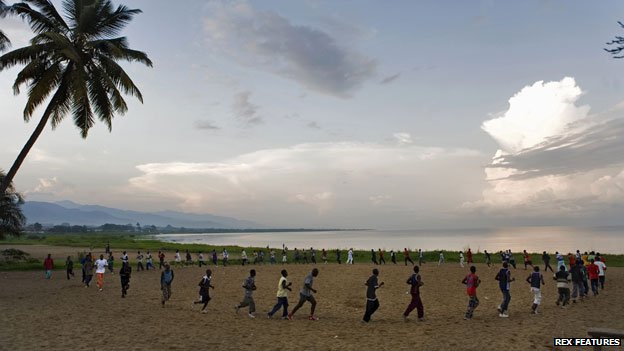 Burundi's football-loving president is rumoured to be standing for a controversial third term, despite the two-term limit in the current constitution. It's one factor contributing to mounting tensions in the nation, where it now seems a morning jog could result in life imprisonment.
The drive out of Bujumbura last Saturday provided an image that will stay with me for a long time yet.
It was just after dawn, and we were climbing away from Lake Tanganyika, towards the high plateau of the interior. The escarpment wound on and on. From time to time, on my left, the curtain of banana trees and acacias would swing open, and the hills and valleys would spill away from us, towards a horizon of forest.
But it was the view to my right that entranced me.
Tucked between the narrow road and the side of the hill, the people of Bujumbura were running. Up, and up. A great, long line of them.
Continue reading the main story 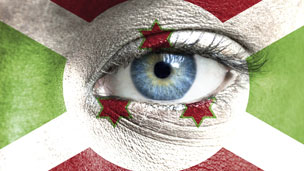 Some were in clusters - others, in their private reveries. Most were young men. But I also saw a man and a woman - of late middle age and generous girth - running together and holding hands.
The tradition of Saturday morning runs started during Burundi's long years of ethnic conflict. The last spasm of war only ended back in 2005, with 300,000 dead from the population of eight million. Then, no-one jogged up these hills.
This was where the militias - now the men of government - would hide.
So it was in the city of Bujumbura itself that people would try to vent their fear and frustration and claustrophobia, by running, often in a group.
But on this Saturday morning I was taken aback to see some young men, running together, as a group. It was a surprise, because back in March, the country's president, Pierre Nkurunziza had decreed that such a practice was to be banned.
He feared it was being used as a cover for subversion. 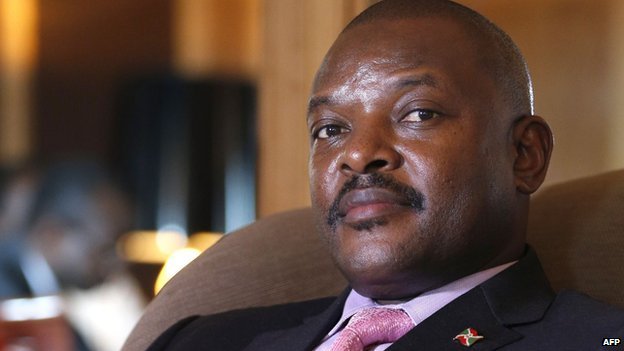 Indeed, some people are now spending a very long time in prison in part, at least, because of their group jogging. They're members of the opposition Movement for Solidarity and Democracy (MSD) Party -sentenced to jail terms ranging from five years to life.
Continue reading the main story

The 49-year-old president, for his part, remains an enthusiastic consumer of team games - football in particular.
He has his own side, Hallelujah FC, for whom, according to government leaflets, he plays as a striker and often scores goals.
I'd already been made aware of the president's penchant for a kick-about as I drove, with my colleagues, back from an interview in town.
Suddenly, a policeman and a soldier started waving their hands at us to get off the street - a frantic, wringing motion, as if they'd trapped their hands in a dog's mouth. 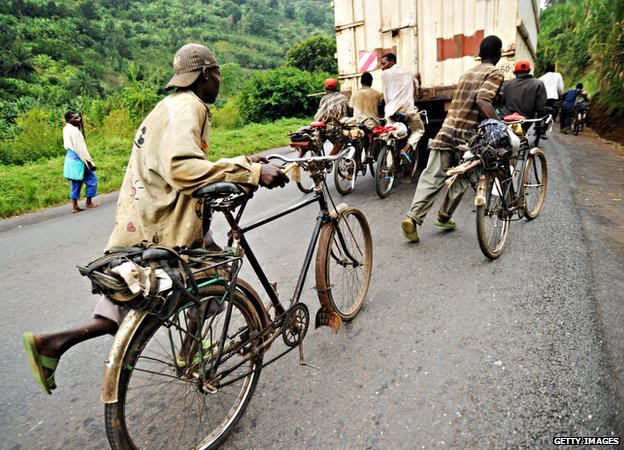 Moments later a screaming cavalcade of security careered up the road. First the police - a dozen armed men in blue camouflage arrayed in the back of the pickup. Then the army - a dozen men in green camouflage with rifles, another soldier gripping an enormous mounted machine gun. Then a herd of four-by-fours with tinted windows. Then more army and police.

I asked the local journalist I was with where the president was coming from.
"His afternoon football game," he answered.
On this Saturday, I was trying to visit another of the places where the president likes to play.
A stadium which he's had built by his home village, in the north-east of the country.
Some hours out of Bujumbura, we rounded a corner, and stumbled across a complex straight from a Mediterranean resort, an arena of magisterial size and scope.
Sadly, the guards would not let us in to the stadium, despite thelaissez-passer we showed them, issued by the president's own office. 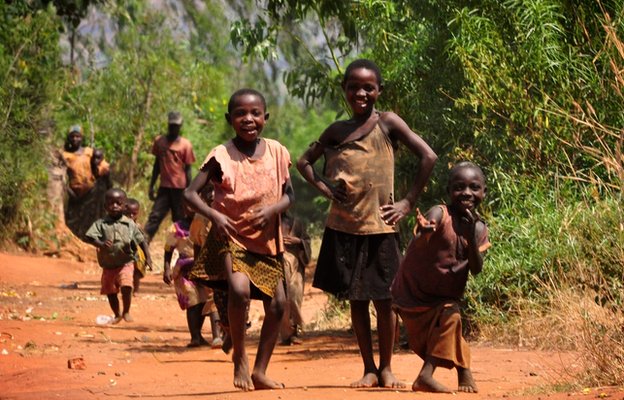 While we chatted with the soldiers, a stream of boys hauled themselves past us, up the steep road. They were dressed in rags, their heads bowed under fat bundles of sugar cane.
I'd guess they were seven or eight years old. But they may have been older.
Burundi comes second in the world only to Afghanistan in stunting, the main symptom of chronic child malnutrition. This, in a place which, as we'd seen on our drive across the country, is fertile enough to be self-sufficient in food. 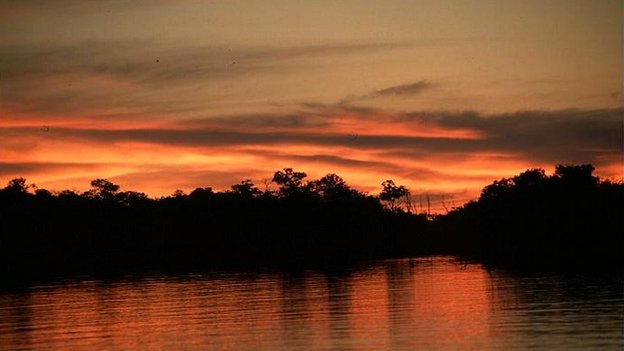 But it is also a land sucked dry by corruption. Burundi bumps along the bottom of all the major global indices of corruption.
As we drove back to Bujumbura, time and again we were stopped by policemen, languidly waving us down, before seeing our display of cameras and microphones, and deciding maybe we didn't have too many questions to answer.
Halfway down our final, winding descent towards Bujumbura, the sun about to sink into Lake Tanganyika, we drove past a lone jogger, running up the hill.
He was a grey bearded man, in a long-trousered tracksuit, his eyes locked forward, his hands shadow-boxing.
How to listen to From Our Own Correspondent:
BBC Radio 4: Saturdays at 11:30 and some Thursdays at 11:00
Listen online or download the podcast.
BBC World Service: Short editions Monday-Friday - see World Serviceprogramme schedule.
Subscribe to the BBC News Magazine's email newsletter to get articles sent to your inbox.
at June 16, 2014