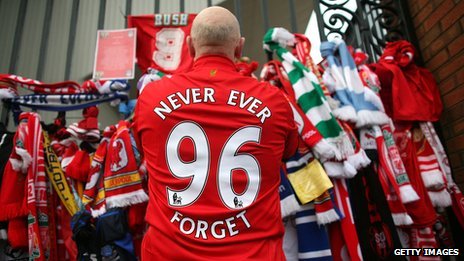 Postal workers in west Lancashire have said they will walk out if they are made to deliver free promotional copies of The Sun later this week.
The paper has agreed not to distribute the issues in Liverpool because of the continued anger at the way it reported the 1989 Hillsborough stadium tragedy.
It is understood six members of staff in Skelmersdale were at Hillsborough on the day of the disaster.
The Royal Mail said any concerns would be handled "with fairness and dignity".
The Sun is planning a nationwide giveaway of more than 20m copies of a special free mini-issue across England on Thursday, with the exception of Merseyside, to tie in with the start of the World Cup.
One Royal Mail worker in Skelmersdale said: "If they try to make us deliver The Sun on Thursday we will refuse and will be suspended and lose a day's pay, but we think principles are more important than money."
Boycott

The postal staff's stance was backed by Skelmersdale North Councillor Neil Furey (Labour) who said: "Skelmersdale has a strong Merseyside connection and people will be disgusted to receive copy of the newspaper whose coverage after the disaster was very damaging and insulting."
Local MP Rosie Cooper (Labour, West Lancashire) added that any attempt by Royal Mail to force staff to deliver the newspaper, "would be a real strain on the integrity of the postal service".
A spokesman for The Sun said it had exempted Merseyside postcodes from its promotion, adding, "the Skelmersdale issue is a matter for the Royal Mail".
A Royal Mail spokesman said: "Any concerns about this delivery in Skelmersdale will be handled sensitively with fairness, dignity and fully respecting the views of individuals."
Carl Webb, the Communication Workers Union's regional secretary, said this was not an official dispute but the union was seeking mediation with management.
There has been a sustained campaign to boycott the newspaper on Merseyside since it published an article four days after the disaster, headlined "The Truth", which made allegations about fans' behaviour at Hillsborough.
It published a full page apology in 2004 and, in 2011, James Murdoch, the then executive chairman of its parent company News International, issued a further apology on the paper's behalf.
at June 09, 2014