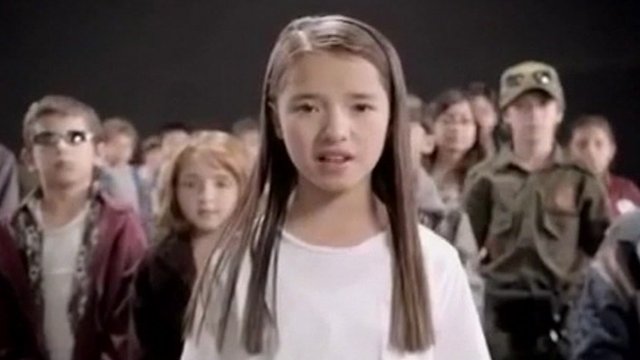 Cannot play media. You do not have the correct version of the flash player. Download the correct version
Advertisement
13 April 2012 Last updated at 15:42 GMT Help
A video message aimed at Mexico's presidential candidates that shows children acting as kidnappers, corrupt police officers and drug traffickers has sparked controversy in Mexico.
Campaigners say the video, which was funded by private companies, is meant to highlight the country's spiralling levels of violence and is a plea to Mexico's potential leaders to bring the problem under control.
But others have fiercely criticised what they see as the cynical ploy of making children play criminals.
Margarita Rodriguez reports.
at April 13, 2012