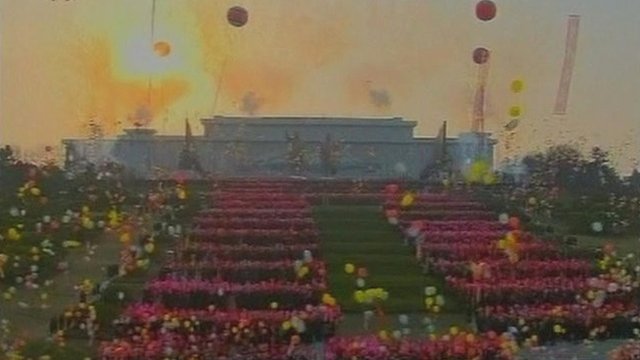 Cannot play media. You do not have the correct version of the flash player. Download the correct version
Advertisement
13 April 2012 Last updated at 10:13 GMT Help
North Korea has unveiled two enormous statues of its former leaders Kim Jong-il and Kim Il-sung, in the capital Pyongyang.
The massive statues were revealed in a lavish ceremony attended by large crowds, including the current leader Kim Jong-un.
The unveiling comes on the same day that the launch of its controversial rocket failed.
BBC World's David Eades describes the ceremony.