Saudi princess: What I'd change about my country 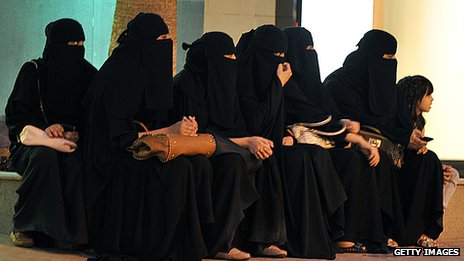 Princess Basma Bint Saud Bin Abdulaziz tells the BBC there are many changes she would like to see in Saudi Arabia - but that now is not the time for women to be allowed to drive.
I speak as the daughter of King Saud, the former ruler of Saudi Arabia. My father established the first women's university in the kingdom, abolished slavery and tried to establish a constitutional monarchy that separates the position of king from that of prime minister. But I am saddened to say that my beloved country today has not fulfilled that early promise.
Our ancient culture, of which I am very proud, is renowned for its nobility and generosity, but we lack, and urgently need, fundamental civil laws with which to govern our society.
As a daughter, sister, (former) wife, mother, businesswoman and a working journalist, these are the things that I would like to see changed in Saudi Arabia. 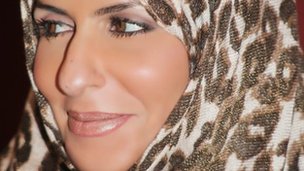 Princess Basma is divorced and lives with her children in London
I would like to see a proper constitution that treats all men and women on an equal footing before the law but that also serves as a guide to our civil laws and political culture.
For example, today in Saudi courts, all decisions are made according to the individual judge's interpretation of the holy Koran. This is entirely dependent on his own personal beliefs and upbringing rather than universally agreed principles or a written constitution as a guide.
I am not calling for a western system but an adaptation of that system to suit our needs and culture. Thus our constitution should be inspired by the philosophy of the Koran with principles that are set in stone and not open to the whims of individual judges as is the case now.
In particular, the constitution should protect every citizen's basic human rights regardless of their sex, status or sect. Everyone should be equal before the law.

End Quote
I strongly believe that current divorce laws are abusive.
Today in Saudi, a woman can ask for a divorce only if she files for what is called "Khali and Dhali". This means either she pays a big sum of money running into tens of thousands of dollars or she has to get someone to witness the reason why she is filing for a divorce - an impossible condition to fulfil given that such reasons usually are the kind that remain within the four walls of a marriage.
Another way to keep a woman in the marital home against her will is the automatic granting of custody of any children over the age of six to the father in any divorce settlements.
This state of affairs is in complete contradiction to the Koran, upon which our laws are supposed to be based. In it a woman is given full rights to divorce simply in the case of "irreconcilable differences".


3. Overhaul of the education system 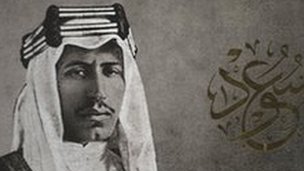 The way women today are treated in Saudi Arabia is a direct result of the education our children, boys and girls, receive at school.
The content of the syllabus is extremely dangerous. For one, our young are taught that a woman's position in society is inferior. Her role is strictly limited to serving her family and raising children. They are actually taught that if a woman has to worship anyone other than God it should be her husband; "that the angels will curse her if she is not submissive to her husband's needs". Girls are also strictly forbidden from taking part in any physical education. This is a result of a complete misinterpretation of the Koran. I consider these ideologies to be inherently abusive.
Aside from that, the focus in most of our educational system is on religious subjects such as hadith (sayings attributed to the prophet), Fiqh (Islamic jurisprudence), tafssir (interpretation of the Koran) and of course the Koran. The attitude is that "learning itself, anything other than religion won't get you into heaven so don't waste your time". I would like to see religious teaching limited to the Koran and the Sunna (the way the prophet lived), where the true ethics of Islam lie. The rest is blind rote learning of the most dangerous kind. It has left our youth vulnerable to fundamentalist ideologies that have led to terrorism and abuse of the true meaning of the Koran.
Instead of wasting our youths' intellect on memorising quotations whose origins is uncertain (such as those found in hadith, Fiqh and tafssir) we need to encourage them to think freely, innovate and use their initiative for the betterment of our society. Early Islam was a time of great creativity. Scholars excelled in sciences and literature. Our religion should not be a shield behind which we hide from the world but a driving force that inspires us to innovate and contribute to our surroundings. This is the true spirit of Islam.


4. A complete reform of social services

The ministry of social affairs is tolerating cruelty towards women rather than protecting them. The only refuge homes that abused women can turn to are state ones. In these, women are continuously told that by seeking refuge they have brought shame on their families.

What do you think?

If they come from powerful families then they will be sent straight back to their homes in fear of the wrath of a powerful patriarch. As a result we have seen many cases of suicide by educated women, doctors and scientists who were sent back to their abusers.
We need independent women's refuges where the rights of women are upheld and backed up by powerful laws that can override family traditions and protect women.
The ministry of social affairs not only abuses women's rights but is also one of the reasons poverty is rife in the kingdom. A corrupt system that lacks transparency has meant that more than 50% of our population is poor and needy even though we are one of the wealthiest countries on earth.


5. The role of the Mahram (chaperone)

Women in Saudi cannot get around or travel without a mahram (a kind of chaperone - usually a male relative).
At the time of the prophet, women used to have a man to accompany them but in those days Arabia was a desert literally full of pirates.
Today the only purpose of such a law is to curtail women's freedom of movement. This not only infantilises women but turns them unnecessarily into a burden on their men and on society.
Today women in Saudi Arabia are not allowed to drive. 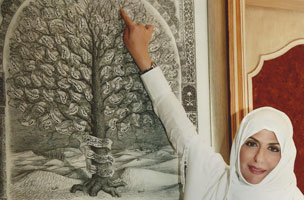 This one seems to concern western observers the most but there are more essential rights we need to obtain first.
I am definitely for women driving but I don't think this is the right time for a reversal of this law. In the current climate if a woman drives, she could be stopped, harassed beaten or worse to teach her a lesson.
This is why I am against women driving until we are educated enough and until we have the necessary laws to protect us from such madness. Otherwise we might as well hand out a licence to the extremists to abuse us further. If as drivers we get harassed, they will say to the Islamic world "see what happens when women drive, they get harassed they get beaten" and they will call for even more stringent laws to control women. This is something we can't afford. Fundamental changes in the law and its attitude to women are needed before we take this step.
On the whole it is the rights and freedoms of all citizens that are crucial in Saudi Arabia and from those the rights of women will emanate.
Princess Basma Bint Saud Bin Abdulaziz spoke to Outlook on the BBC World Service.
at April 09, 2012