10 weirdest wedding rituals that would leave you shocked

Loise.Wepukhulu Yesterday 4929
The wedding is an important day in your life. These traditions come from other countries, and they are shocking indeed! 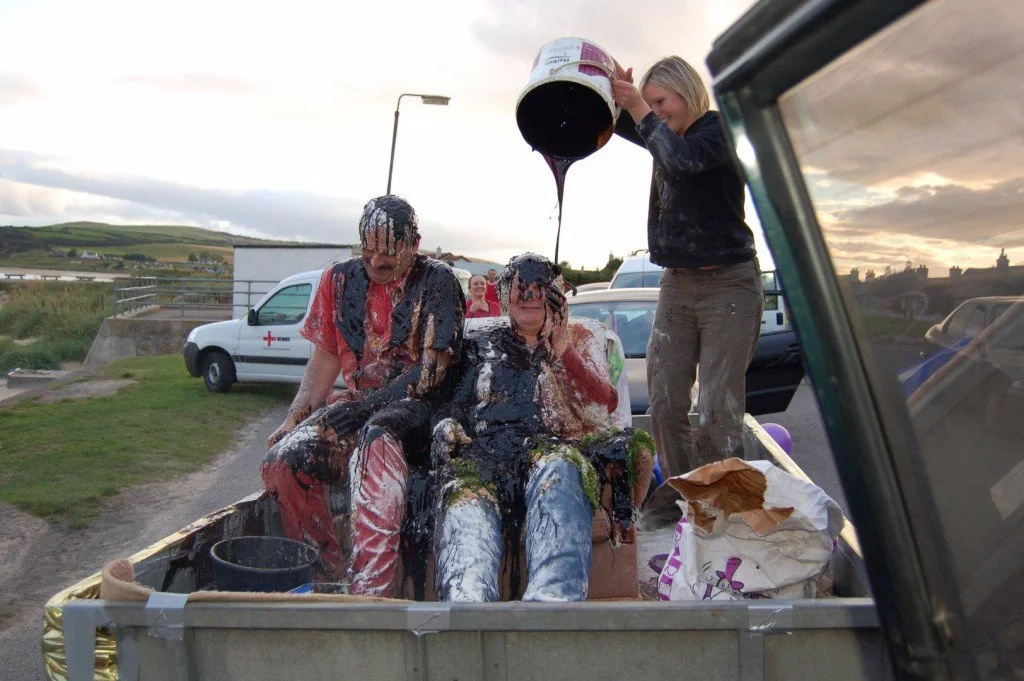 White weddings are beautiful, but there is one country where they blacken the brides. It’s Scotland. The friends of the bride and the groom have much fun doing it. They pick any spoiled foods from fridges, use sugar syrup and other sticky things and add some flour and feathers. They take the couple by surprise just a few days before the wedding and pour head to toe all that on them.
2. Pay to dance

Wish to dance with the bride? Pay for it, so they say in Poland. Ladies can pay for dancing with the groom, too. This helps the young couple to start their new married life.
3. Marrying animals

READ ALSO: It seems a regular wedding… Until you see who’s walking down the aisle!
In India, they believe that marrying an animal can cast out evil spirits. If a girl is super ugly, they believe, she is possessed, too. So she has to marry a dog or a goat to get rid of the daemon. It’s good that the ceremony is not real, and the woman does not have to have sex with the beast.
4. Kidnapping the bride

This tradition existed in several nations, such as Kyrgyzstan and among the gypsies. The man would kidnap the girl from her parents’ home and bring to his parents. She would stay captive there until she agrees to marry the guy.
5. Carrying the bride through the threshold

It evolved in the Medieval Europe. The groom would pick up the bride after the wedding ceremony and carry her over the threshold of their house.
6. Kumbh Vivah

READ ALSO: Bride chooses to break tradition and wears black on her wedding
This is another Indian ritual. They use it to marry a girl to a tree! As a rule, it was a peepal or banana tree. In some cases, they would marry her to a bowl of water. It was done to prevent the death in the new family. The ritual was done as a typical wedding with the wedding dress on the bride, etc.
7. Beat the feet of the groom

This was done in the South Korea. The friends of the groom would tie him up to a stick and take off his shoes. They used some dried fish called Yellow Corvina to beat his feet with. People believed it would give him manpower in bed with the newly wed wife.
8. Crying

In China, girls had to spend 30 days before their wedding crying. She stays with her mom and grandma and cries for one hour a day. That’s how they expressed their love and joy over the event.
9. Spitting on the bride

This is done by Massai in Kenya. They shave the bride first and apply much lamb fat onto her head. Then her father blesses the girl and spits on her boobs and the head. It’s not a sing of disgrace in that tribe, but it helps the woman to stay happy and prosperous, as they believe.
10. Kissing

Most people kiss during the weddings. However, in Sweden, they took it to the next level. If the groom leaves the bride during the marriage ceremony or the party all unmarried men can kiss the bride. And all the female guests, who catch the groom alone, can kiss him, too.
As you see, these wedding rituals are odd and funny, and the weddings differ depending on the part of the world.
at August 20, 2016