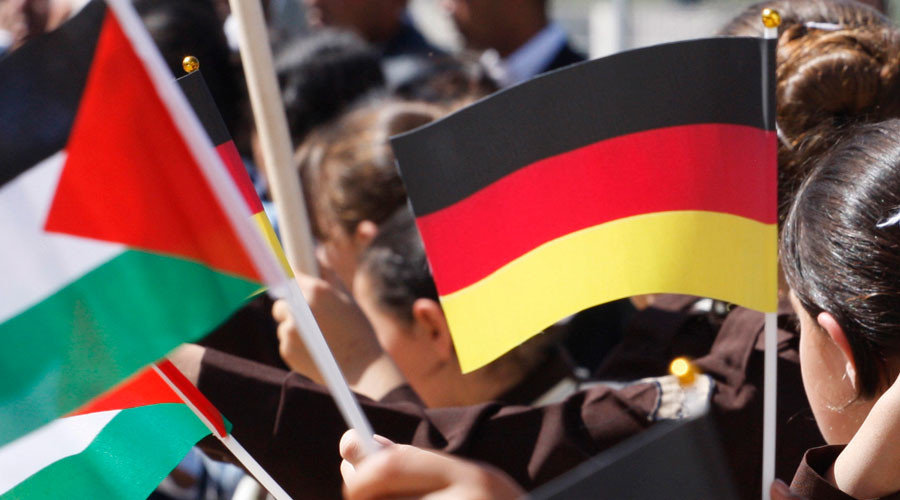 © Abed Omar Qusini / Reuters
AddThis Sharing Buttons
12
A Palestinian exhibition portraying life and destruction in Gaza was canceled by authorities in the German town of Heidelberg over “crossing a political red line.” The organizers have expressed fury about the move.
The exhibition, held under the guise of a pro-Palestinian group, “Palästina-/Nahost-Initiative” was canceled shortly before it was due to start on August 10, RNZ newspaper reports.
Entitled "Experiences, Fears and Dreams – Children in Palestine," the event was supposed to host drawings from two rehabilitation centers in Gaza and Ramallah. Some of the pieces showed explosions, burning cities and soldiers with assault rifles.
On August 8 the organizers wanted to check the drawings place at the local citizen center, hosting the exhibit. "One of our activists placed the pictures in the Citizen Office Center on August 5, and wanted to check the things the following Monday. But everything was already taken down," Agnes Bennhold from “Palästina-/Nahost-Initiative” told RNZ.
Bennhold said she was “outraged” by the move, given that the organization did not receive any written statement with the reasons for the cancellation. On request of the RNZ the Heidelberg’s authorities admitted that the cancellation was due to “political” concerns.
"The exhibition included statements regarding the Middle East conflict, which the city is not sharing. Since the city is committed to neutrality, staging an exhibition with such a highly political content in the city’s accommodations was not possible," the city stated to the media outlet. Furthermore, the clarification for the cancellation was issued on August 12.
Read more 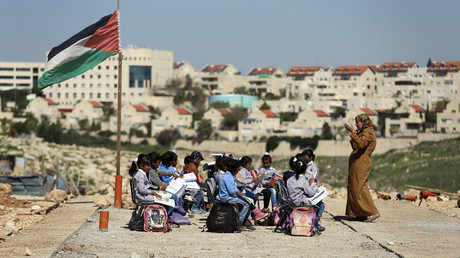 Israel to destroy Palestinian school in West Bank, UN demands halt to demolitions
“A red line was crossed as one of the pictures contained the words in Arabic: Jihad, Freedom, Jerusalem, Arabic, Yes,” the city’s spokesperson said as quoted by RNZ. The official added that the words were also translated into German.
Although the word Jihad is often used in association with terrorist organizations, its exact translation reads as “striving for something.”For Muslims it is also viewed as a permanent way for an individual to improve oneself.
Defending their position Heidelberg authorities further claimed that they signed a contract with a private person and not with“Palästina-/Nahost-Initiative”, adding the person in question “was informed by phone”.
The organizers from a pro-Palestinian group insisted though the agreement for the exhibition was signed with them as an entity.
Officials also admitted they “should have checked the pictures” at an earlier stage before giving a green light to the exhibition.
The event however caused no such controversies while it was held in major German cities like Munich, Bonn and Stuttgart, before it was set to take place in
at August 19, 2016