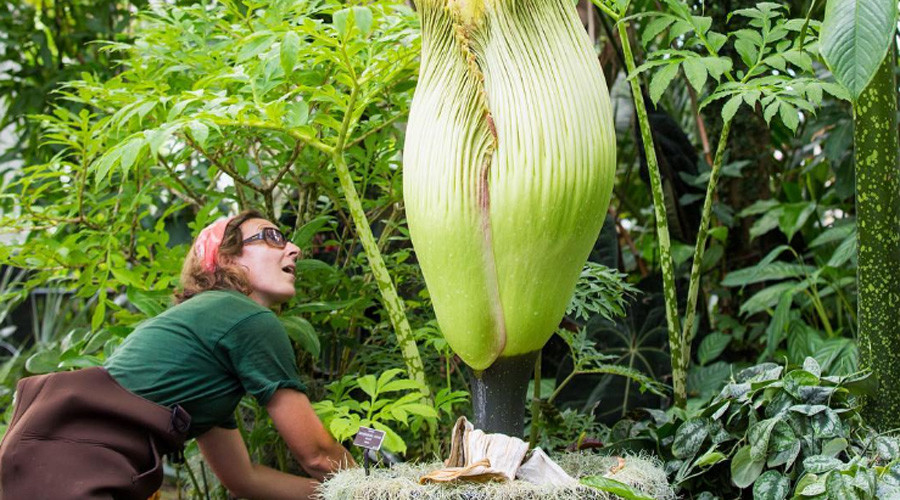 © nybg / Instagram
AddThis Sharing Buttons
A flower that smells like death and only blooms once a decade is flowering in New York, and its stink is causing a stir.
The Amorphophallus titanum, or corpse flower, is a rare plant that’s more famous for its strong smell than its petals.
When its leaves open dark red petals are revealed, along with pungent odor, which is said to smell like a rotting body.
One New Yorker described the scent as being like “a hot, trash day in Brunswick,” while another likened it to “vomit.”