Man in Murang'a behaving like a snake after killing cobra 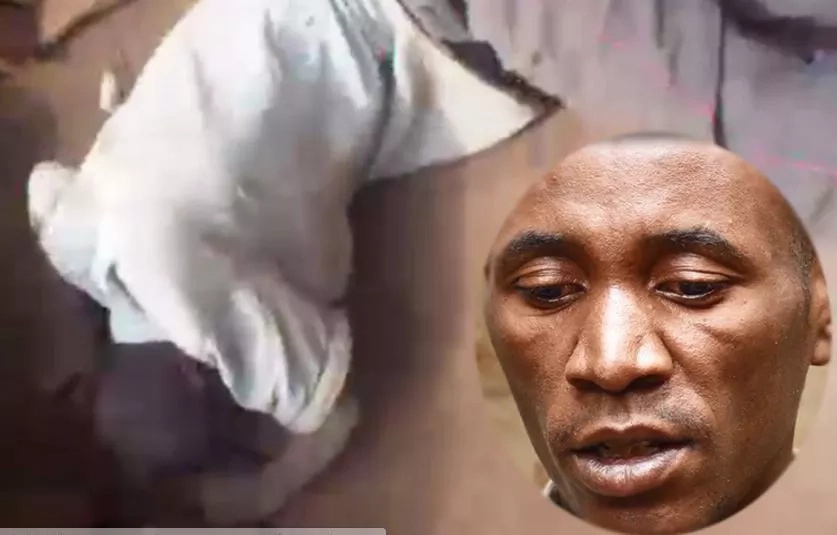 James Kahara (inset) and slithering on the floor. Photo: Citizen
Since then the middle-aged man he is said to have adopted snake-like characters including slithering and hissing.

“I was on my way heading home when I saw Kahara on the road moving in a motion similar to a snake’s and producing a hiss. I tried to pray, but I could not. We wish preachers could intervene,” says Kahara’s aunt.

READ ALSO: Embu woman narrates why she carried a snake to church
Kahara said he was previously ill while residing in Mombasa, before relocating back to Murang’a. He reportedly came across a cobra after staying inMurang’a for a week and killed it, its then that he started exhibiting strange characters.

“My woes began when I killed a snake on Saturday. I have been seeing snakes and cats approaching me where I am”, he said quoted by Citizen.

He also said he sees strange women clad in red and black who tell him nothing can be done to change his current situation.

“I have also been seeing three strange women moving toward me. One is clad in a red skirt and the other two are donned in black skirts. The women tell me that there is nothing I can do, and that prayers won’t help me out of this situation,”he added.

Kahara’s mother Mary Njeri is appealing for spiritual help for her son saying he has been possesed with evil spirits.
READ ALSO: They killed the lion and celebrated the victory, which turned into a tragedy!
Watch video below;