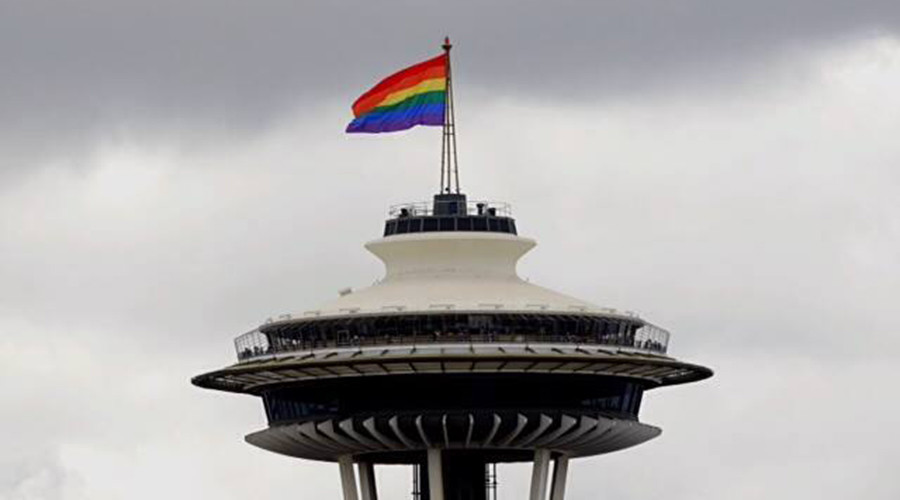 © Space Needle / Facebook
AddThis Sharing Buttons
Gay conversion therapy for minors could soon be banned in Seattle, Washington after a city council subcommittee voted on a bill to ban the controversial practice.
Sponsored by councilmember Lorena Gonzalez, the bill calls for a ban on licensed mental health providers practicing the therapy on minors. The bill is supported by Seattle mayor Ed Murray and gay activists.
The bill will be voted on by the full council on Monday and should the measure pass, offenders will face a fine of up to $1,000 for carrying out the practice.
Advertising gay conversion therapy would also be banned, leaving practitioners open to consumer related laws surrounding misleading ads.
Gay conversion therapy is an attempt to change a person’s sexual orientation through a range of controversial methods, which include shaming, inducing nausea and even shock therapy. It works off the incorrect theory that sexual orientation is a mental illness that can be “fixed.”
It has been widely discredited and is considered damaging to young people.
“It’s absolutely offensive to me, that instead of providing these children, who are going through perhaps a moment of confusion … instead of providing them the support that they need, there are people out there who believe it’s appropriate to convince these children that their same-sex orientation is somehow a disease, or an illness, or something that can be cured.”Gonzalez said.
Arguing against the conversion ban at the subcommittee meeting, Kevin Amos said it was an issue of religious freedom.“We’re really talking about parents who have a right, in a civil right, to rear their children,” he said.
Read more

Heightened security at Jerusalem gay pride parade 1yr after stabbing attacks
Five states have banned licensed mental health providers from offering gay conversion therapy for minors. California, New Jersey, Oregon, Illinois and Vermont. New York State has taken action against the practice by barring practitioners from getting insured. In Oklahoma, a bill introduced in 2015 sought to protect gay conversion therapy from government restrictions.
In 2015, federal legislation was introduced to classify conversion therapy as fraudulent, which would allow for a countrywide ban. The Therapeutic Fraud Prevention Act is yet to be passed.
There is a lack of detail surrounding how much gay conversion therapy is taking place in the state of Washington.
at July 30, 2016