Why has Britain been spared? Future terrorist attacks in Europe may give clues – expert 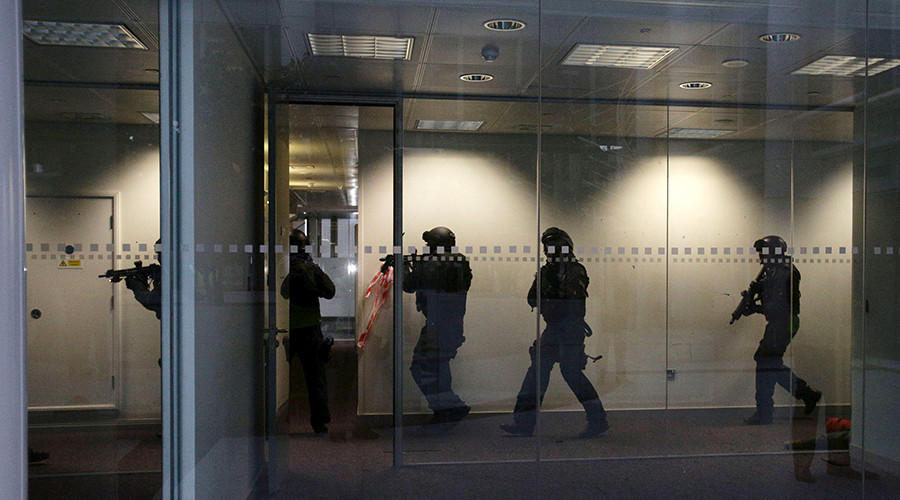 © Yui Mok / Reuters
AddThis Sharing Buttons
How and why Britain has been spared a major terrorist attack in recent years will be explained by the future pattern of atrocities in Europe, a top security expert has claimed.
Writing in Newsweek, Raffaello Pantucci, director of International Security Studies at the Royal United Services Institute (RUSI), said the UK must watch out for “slip ups” which could lead to devastating incidents like those recently seen in France.
“The biggest lesson to be drawn from the current spate of attacks is the contagious nature of this phenomenon,” Pantucci argues.
“This is not a new phenomenon—when dramatic extremist incidents take place, they tend to generate copycat attacks—success breeds emulation.”
He said the UK response should “be to try to understand better how these events are triggered and to identify those plotting similar attacks in the UK.”
Citing lone-wolf attacks like that on soldier Lee Rigby in 2013, he warns: “Security forces are alert to this threat, and beyond raising concerns among a larger community—with religious establishments now an even bigger target than before—there is not a huge amount that can be done.”
He also highlights the July attack in Nice where a truck was used to mow down people attending Bastille Day festivities.
“One solution is to build more heavy street furniture like bollards that prevent vehicles from driving on pavements,” he said.
Read more

Wave of terror
Pantucci also flags the need to better manage suspects.
“Greater attention will also be paid to reforming the UK’s existing Terrorist Prevention and Investigation Measures (TPIMs) system. So far a number of people on them have been able to abscond to Syria.”
This view may be of particular concern. On Thursday it was revealed that although terror suspects known to police number are in their thousands, just one individual is currently subject to a TPIM.
“Until we know more about the trajectory of this wave of attacks, it will be difficult to know why the UK has been fortunate [and has] so far been spared,” Pantucci adds
at July 29, 2016