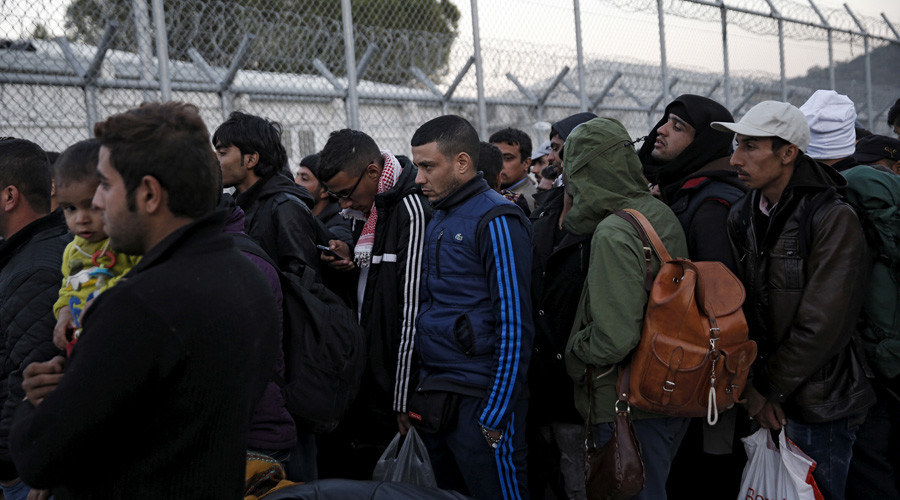 Refugees and migrants wait to be registered at the Moria refugee camp on the Greek island of Lesbos, November 5, 2015. © Alkis Konstantinidis / Reuters
AddThis Sharing Buttons
1914
Greek authorities on several islands in the Aegean Sea are raising the alarm over an increasing influx of refugees from Turkey, which has soared since the failed coup, while the EU fears Turkey will not keep to its promises regarding the refugee deal.
The number of migrants risking the hazardous journey to the islands by water only increased since the 15 June failed coup. Lesbos and other islands that have seen large influxes of refugees, are housing 9,240 migrants as of Saturday, according to Greek government figures cited by the Guardian.
According to the governor of North Aegean, Christiana Kalogirou, there is a “constant and apparently increasing flow” to the islands. Some working with migrants compare the situation now to what it had been before a deal with Turkey had been struck.
EU President Jean-Claude Juncker voiced alarm on Friday saying “the risk is big” to the deal and Turkish President Tayyip Erdogan has already “hinted several times that he wants to scrap it.”
Read more 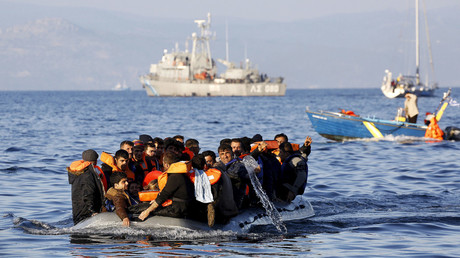 ‘No ticket to Europe’: Send refugees back home or settle them on islands, says Austrian FM
In an interview to Austria’s Kurier he added that, in the event of Erdogan not sticking to his promises, “we can expect migrants to start coming to Europe again.”
According to Juncker, “the success so far of the pact is fragile.”
Athens says it has evidence of Turkey falling back on its promises, as Turkish migration monitors are leaving Greece and there is no belief that they will return or will be replaced.
Meanwhile, clashes broke out at the Greek-Turkish border on July 23, as pro-migrant protesters rallied against the Turkish border fence. Police reacted by using tear gas and stun grenades. According to Greek media, over 200 members of the group known as 'No Border Camp' held a rally in Kastanies against the closed-door policy.
There are views from some corners that Turkey is looking to make life difficult for the Greeks in retaliation for the eight Turkish officers who participated in the coup and fled across the border to Greece. Athens has so far refused to hand them back.
Read more

‘Open the border!’ Pro-refugee group tries to breach Greek-Turkish border cordon (VIDEO)
Greek anarchists recently attacked the residence of the Turkish ambassador in Athens Kerim Uras. Uras, for his part, blamed Greece for housing the defectors, saying they were “people who were trying to demolish democracy in Turkey.
They were killing citizens and shelling institutions with laser-guided bombs. They weren’t upholding human rights.”
Uras believes they should never have been given shelter in Greece.“They should have been sent back very fast. Now they are clearly exploiting the asylum procedure.”
Meanwhile, in Turkey, Erdogan is busy reforming his military, shutting academies and making significant cuts to ranks. He is also proposing to give himself more powers, such as being in charge of intelligence and general staff.
at July 31, 2016