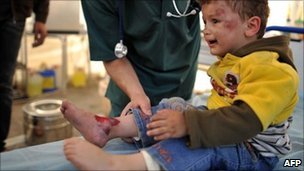 A UN team has arrived in Tripoli to investigate allegations of human rights violations in Libya since the start of the conflict in February.
The team was appointed by the UN Human Rights Council following the Libyan government's crackdown on protesters.
The government has said it will co-operate with the inquiry.
The three investigators say they will look at all alleged abuses, including those the government says have been committed by rebels or Nato forces.
The original mandate - to examine human rights violations allegedly committed by the forces of Libyan leader Col Muammar Gaddafi - remains the priority, says the BBC's Imogen Foulkes in Geneva, where the UN Human Rights Council is based.
There have been reliable reports of enforced disappearances, torture and even killing of protesters, says our correspondent.
The UN human rights commissioner, Navi Pillay, said in late February that what was happening in Libya "may amount to crimes against humanity". 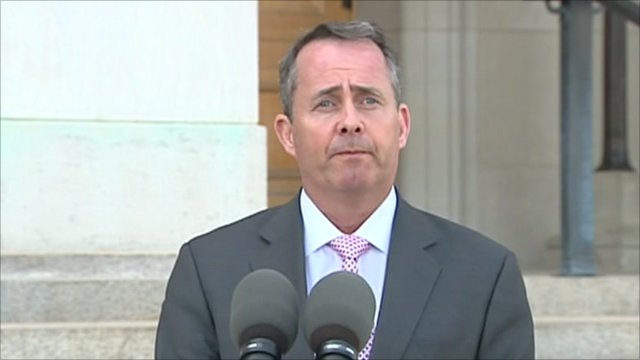 Click to play
UK Defence Secretary Liam Fox says Col Gaddafi is on the back foot
More recently, there have been reports that Col Gaddafi's forces trying to retake Misrata from rebels are indiscriminately shelling the city.
On Tuesday, three people were reportedly killed as missiles slammed into the city's port, a lifeline for those seeking to escape to the rebel stronghold of Benghazi.
Misrata has been besieged by government forces for two months, leaving parts of the city with neither electricity nor water.
Continued sniper fire, street clashes and shelling have prevented people from venturing outside their homes to get food and medicine.
Human rights groups say more than 1,000 people have been killed in the fighting and many more have been wounded. Ships have been ferrying the injured to hospitals in Benghazi and bringing in humanitarian aid.
Libya's government denies it has been indiscriminately shelling civilian areas.
Misrata is the last major rebel-held city in western Libya and the fighting for it has been fierce.Continued
at April 27, 2011