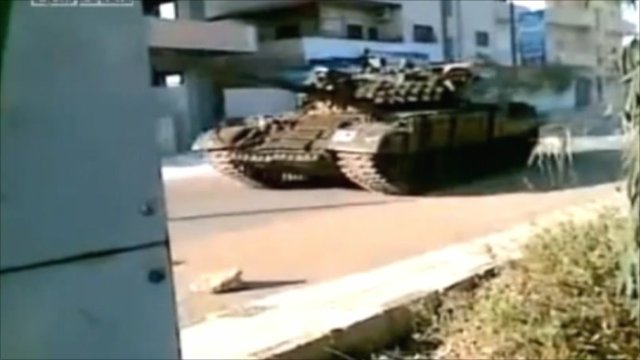 Click to play
The BBC's Owen Bennett-Jones: "The flow of information from protesters... has slowed right down"
Continue reading the main story

European countries have called for "strong measures" to halt repression in Syria, as its government steps up a campaign against peaceful protests.
In a joint statement, France and Italy urged the EU and UN to put pressure on Syria to end its crackdown.
The UK said it was discussing measures with "an impact on the regime". The US is also considering sanctions against Damascus.
The UN Security Council is meeting to discuss a statement on the unrest.
Proposed by the UK, France, Germany and Portugal, the draft statement condemns the deadly violence against Syrian civilians and backs a call made by UN Secretary General Ban Ki-moon for a "transparent" independent investigation into deaths in the protests.
The statement was being discussed behind closed doors in New York, where Mr Ban said he briefed members on the situation in North Africa.
He told reporters the council was watching events in Syria with increasingly grave concern and he "condemned utterly" the violence against peaceful demonstrators and the use of tanks and live fire.
Mr Ban said the council's discussions were continuing and that more information about them would be available on Wednesday.Continued
at April 26, 2011