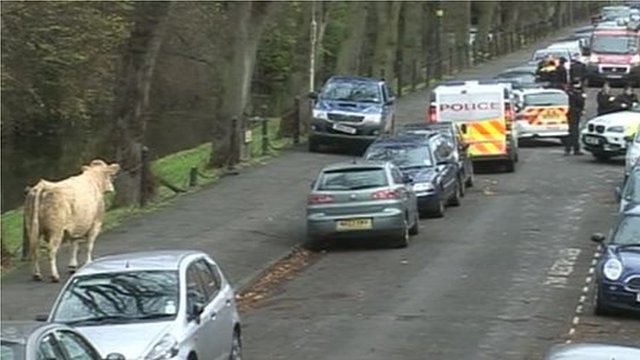 The cow rammed vehicles before being shot by police in Darlington
A cow has been shot dead by police after it escaped from a cattle market and took to the streets in Darlington.
It escaped at 09:00 GMT on Monday during the Darlington Auction Market in the Teesside town.
The cow rammed into vans and parked cars on the Victoria Embankment area, and police said it ran towards people.
Officers said it was distressed and had to be shot dead by an armed officer after they and members of the public struggled to control it.
Police said no-one was hurt during the incident.
at November 28, 2011