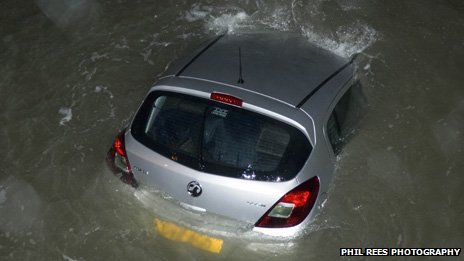 The Vauxhall Corsa in the sea
Coastguards are to broadcast a special alert to shipping in the Bristol Channel to look out for a missing Vauxhall Corsa.
The vehicle, believed to be a hire car, was submerged after it was parked on a slipway in Mumbles, Swansea on Monday.
Crews had hoped to recover the silver 61-plate car in the early hours of Tuesday at low tide but could not, and it has disappeared.
Swansea Coastguard say it could be anywhere in the channel.
The next low tide is at 14:58 which it is hoped will help the police and recovery teams locate the Corsa. 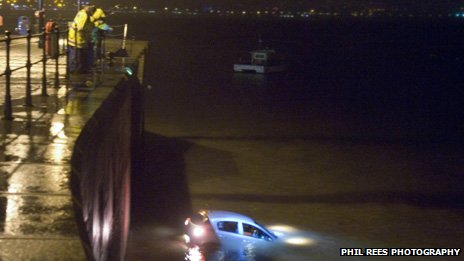 The Vauxhall Corsa on Monday evening off the Knab Rock at Mumbles, Swansea
at November 29, 2011