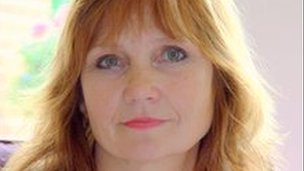 Human remains have been discovered by officers searching for Kate Prout, who was murdered by her husband in 2007.
On Friday, Adrian Prout took police to Redhill Farm at Redmarley, in Gloucestershire, to show them where he had buried his wife's body.
He was jailed for life for her murder in February 2010 after a trial. Police said he had now admitted killing her.
Search dogs were brought in to help find her remains on Thursday, the fourth day of the search.
Det Supt Simon Atkinson, of Gloucestershire Police, said the remains had not been formally identified, but Mrs Prout's family had been told.
The remains have been removed from the site.
'Harrowing events' Speaking at a police cordon at Cobhill woods, Mr Atkinson said: "At one o'clock this afternoon we have found human remains close to the location Adrian Prout identified as the place he buried his wife.
"I do hope that this will be the final chapter of these harrowing events for Kate's family. 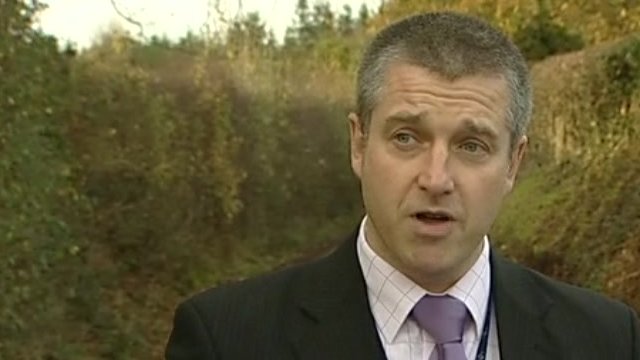 Det Supt Simon Atkinson announced that human remains had been found
"We have been searching for nearly four days, and that perhaps gives you an indication of just how tough it has been.
"Adrian Prout has not been able to give us a precise location and that's why it has taken so long, but it's within the area he indicated."
Prout had shown officers an area of 300 sq yards (250 sq m) on Redhill Farm.
Police used diggers, forensic archaeologists and cadaver dogs in the "challenging" search.
Former teacher Mrs Prout disappeared on 5 November 2007, the day after she asked her husband for an £800,000 divorce settlement.
Prout, who owned a pipe-laying business and commercial pheasant shoot, had said he would need to sell £1.2m Redhill Farm to pay the settlement.
Instead, he offered her £600,000 plus maintenance.
Prout reported his wife missing on 10 November that year.
Four years later, he is said to have told his fiancee, Debbie Garlick, who he had a child with after his wife's disappearance, that he strangled Mrs Prout following a row and buried her body.
Ms Garlick, who had been behind a campaign to clear his name, is believed to have subsequently spoken to Gloucestershire Police about his confession.
A year ago, Mrs Prout's brother, Richard Wakefield, made a plea to her killer to reveal the location of her body.
at November 24, 2011